Which Came First: The Church or the New Testament? – 5

I was particularly interested in finding the oldest legitimate list of New Testament books. Some believe that the Muratorian Canon is the oldest, dating from the late second century. This canon excludes Hebrews, James, and the two Epistles of Peter, but includes the Apocalypse of Peter and the Wisdom of Solomon. It is not until A.D. 200-about 170 years after the death and resurrection of Christ-that we first see the term “New Testament” used, by Tertullian. Origen, who lived in the third century, is often considered to be the first systematic theologian (though he was often systematically wrong). He questioned the authenticity of 2 Peter and 2 John. He also tells us, based on his extensive travels, that there were churches which refused to use 2 Timothy because the epistle speaks of a “secret” writing-the Book of Jannes and Jambres, derived from Jewish oral tradition (see 2 Timothy 3:8). 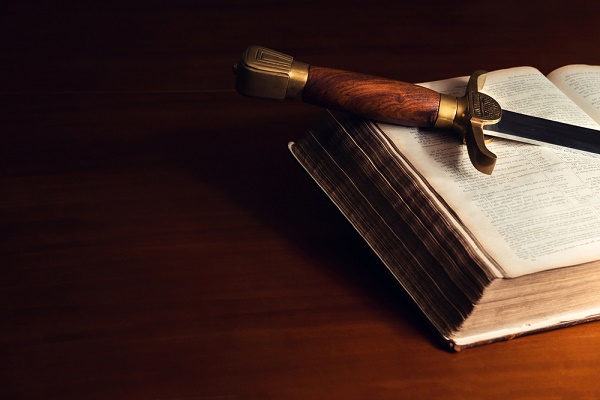 The Book of Jude was also considered suspect by some because it includes a quotation from the apocryphal book, The Assumption of Moses, also derived from Jewish oral tradition (see Jude 9). Moving into the fourth century, I discovered that Eusebius, Bishop of Caesarea and the “Father of Church History,” lists as disputed books James, Jude, 2 Peter, and 2 and 3 John. The Revelation of John he totally rejects. Codex Sinaiticus, the oldest complete New Testament manuscript we have today, was discovered in the Orthodox Christian monastery of Saint Catherine on Mount Sinai. It is dated as being from the fourth century and it contains all of the books we have in the modern New Testament, but also includes Barnabas and The Shepherd of Hermas. During the fourth century, Emperor Constantine was frustrated by the controversy between Christians and Arians concerning the divinity of Christ. Because the New Testament had not yet been clearly defined, he pressed for a clearer defining and closing of the New Testament canon, in order to help resolve the conflict and bring religious unity to his divided Empire. However, as late as the fifth century the Codex Alexandrinus included 1 and 2 Clement, indicating that the disputes over the canon were still not everywhere firmly resolved.

With the passage of time the Church discerned which writings were truly apostolic and which were not. It was a prolonged struggle, taking place over several centuries. As part of the process of discernment, the Church met together several times in council. These various Church councils confronted a variety of issues, among which was the canon of Scripture. It is important to note that the purpose of these councils was to discern and confirm what was already generally accepted within the Church at large. The councils did not legislate the canon so much as set forth what had become self-evident truth and practice within the churches of God. The councils sought to proclaim the common mind of the Church and to reflect the unanimity of faith, practice, and tradition as it already existed in the local churches represented. The councils provide us with specific records in which the Church spoke clearly and in unison as to what constitutes Scripture.

Among the many councils that met during the first four centuries, two are particularly important in this context:(1) The Council of Laodicea met in Asia Minor about A.D. 363. This is the first council which clearly listed the canonical books of the present Old and New Testaments, with the exception of the Apocalypse of Saint John. The Laodicean council stated that only the canonical books it listed should be read in church. Its decisions were widely accepted in the Eastern Church.(2) The third Council of Carthage met in North Africa about A.D. 397. This council, attended by Augustine, provided a full list of the canonical books of both the Old and New Testaments. The twenty-seven books of the present-day New Testament were accepted as canonical. The council also held that these books should be read in the church as Divine Scripture to the exclusion of all others. This Council was widely accepted as authoritative in the West.