Although Ithaca is an existing place, the overall description and, of course, Odysseus’ travel is a mythical one. Thus, the allegory of a fruitful travel links to the myth of Odysseus. On the other hand, Athens has nothing to do with myth, as this is Fr Moyses’ birthplace. While Cavafy uses myth, Fr Moyses uses personal experience which give his poem a realistic character. The fruitful travel, although still an allegorical one, gains a true dimension or at least closer to reality than Homer’s myth. 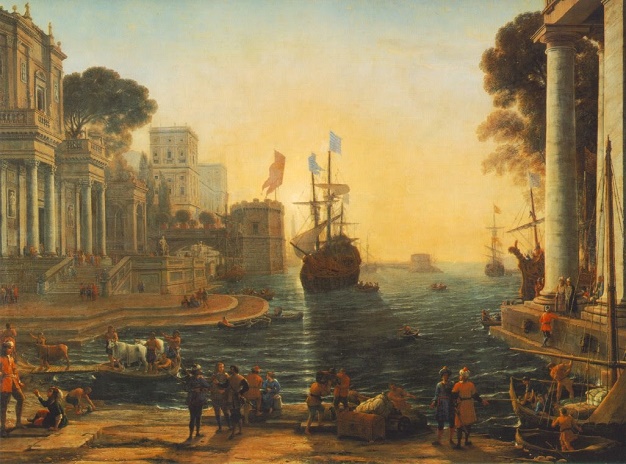 Also, in some lines before the end of the poem, Cavafy writes that when you will be an old man, you will be happy, because you gained many things during this journey.[88] Fr Moyses mentions in the last lines of the poem, that when the years pass and we have children, we will speak to them about the benefits of our travel:

And it is really fine

to leave something behind you

to remember you with nice words

to say to your children

I am a national benefactor

The common element in the two poems is the fact that the poets imply that at the end, and when we will be in advancing age, we will see what we acquired throughout the journey. We will be happy, because only then we see the real value of the journey and the final destination (Ithaca in Cavafy and return to Athens in Fr Moyses).

Cavafy says that only as an old man you will cast an anchor, implying that only then you will understand the real purpose of the journey. In advancing age, you understand the significance and value of the process to reach Ithaca, because you will be rich in experience, knowledge and wisdom. This means that you gained everything you should gain and as an old man you enjoy your achievement. You understand that you learnt, according to Cavafy,[90]  implying that this is a kind of trophy.

In a similar way, Fr Moyses maintains that when the reader is old and has children, he will be happy as a result of the experience of the journey. This implies that after the journey, the reader will benefit from it, since now he has experience, knowledge and wisdom, as Cavafy also states. Nonetheless, Fr Moyses adds another element. His reader will be happy because he has not just been helped by the journey, but also because he helped people, becoming national benefactor and poet.[91] As a result, the trophy of Fr Moyses is a double one, since he has been benefited by journey, but he also benefited other people, as well.

To sum up, the two poems have very similar meaning because of the following factors. Firstly, there is the description of one journey to one specific destination. Secondly, the purpose of the journey is not just to reach this destination, but also to gain all the important ideals that the journey offers (experience, knowledge, wisdom). Thirdly, when you will reach an advancing age, you realize the real significance of the journey and enjoy the fruits of this beneficial travel. Finally, Fr Moyses follows the same method as Cavafy, since both poets create an atmosphere of counsel in their poems, using identical syntactical forms.

Again, the meaning of the poem has to do with a journey and its final destination. In addition, Fr Moyses uses the same atmosphere of counsel that he used in ‘Same Times’[95] which alludes to Cavafy. Fr Moyses’ opening describes this journey:

he travelled and came[96]

[88] ‘and once you’re old, cast anchor on the isle, rich with all you’ve gained along the way’. Translation by Sachperoglou in Cavafy, The Collected Poems, 39.

[90] ‘to learn and learn again from lettered men’. Translation by Sachperoglou in Cavafy, The Collected Poems, 38.