The Tradition of Byzantine Monasticism in the Orthodox Church of Finland

The Tradition of Byzantine Monasticism in the Orthodox Church of Finland.

The tradition of Byzantine monasticism was first transmitted to the West in the 6th century (15) and afterwards further East into Russia and to its neighbours in the 11th century. The monastic life was transmitted from the East to the West, in the Byzantine type and tradition, but through the Rules of St. Benedict, who used St. Basil’s Rule (16) in formulating them. Further east, Finland is one of the countries which has been influenced by Byzantine monasticism since the very beginning of the spread of Christianity in that country. It is generally believed that Christianity was introduced into Finland from two different directions, from the East and the West, and at different times. (17) 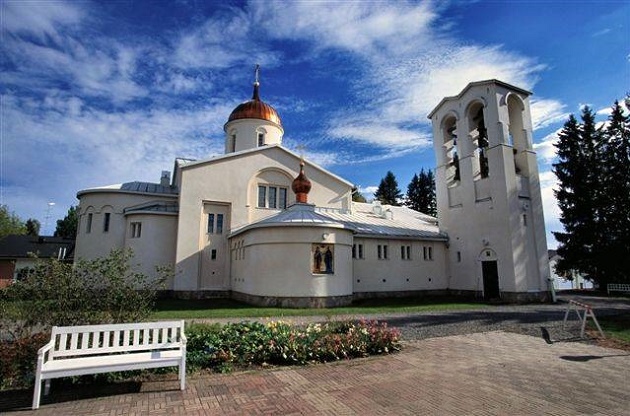 The monastic life began in Russia in the middle of the 11th century when in 1051 amonk called Antonius, from Mount Athos, went to that land. (18) He first introduced the monastic forms of the stylites and the hermits. But soon he himself transformed his ascetical Cave nearKievto a great Monastery, the Kiev-Petcherskaya and established in it the Coenobitic form of monastic life, under an abbot called Barlaam. According to tradition, Abbot Theodosius who succeeded Abbot Barlaam, introduced in the Kiev-Petcherskaya Monastery the monastic Rule of Theodore of Studios, the great representative of the tradition of Byzantine ascetism. (19)

In the Orthodox Church of Finland the old and renowned monastery of VALAMO near Lake Ladoga in southern Finland is regarded as the cradle and center of monasticism. Under the great Patrons St. Sergius andSt.Herman the monks of this monastic community practiced the several forms of Byzantine monasticism, i.e. coenobium, lavra and skete which were in fact three forms of one tradition. The monks of this center of monasticism worked in Karelia for the spread and development of Byzantine monasticism as well as of the Orthodox faith and teaching. So their work was really missionary and Apostolic in nature and it is considered the most valuable contribution to the development of the life of the Orthodox Church of Finland.

With the continuous spred and evolution of monasticism inKareliathere was also an increase in the number of monasteries. The most renowned, after  were: KONEVITSA, a monastic center under the patronage of St. Arsenius, who came from Mount Athos where he had been sent to practice the ascetic life and had returned to his country for missionary work. He laid the foundation of the monastery in the 14th century. Then comes the Monastery of SVIR, with St. Alexander, a native ofKarelia, as its Patron in the 15th century. This was followed by the foundation of PETSAMO Monastery in the middle of the 16th century by St. Tryphon who was its Patron. (20)

The tradition of Byzantine monasticism was practiced and prevailed in the monastic life of the monasteries referred to above, and since then it has inevitably influenced any evolution in the centuries that followed this height of monasticism in the Church of Finland.

[15] St. Athanasius, Bishop of Alexandria (328-373) who was a friend of St. Antony, of Pachomius and of Serapion is generally considered the first among the Eastern fathers and writers who introduced knowledge of monasticism to the West. lie remained in the West, mostly in Rome during his second exile from Alexandria (340-346) and about twelve to fourteen years later he wrote the biography of St. Antony for the monks of the West, as is indicated by the title and I he introduction of his work, (PG) 26.835-976.

[16] In his Regula Monachorum (Rule 73) St. Benedict is asking the monks to read, as instrumenta virtutum: the Scriptures, the works and the lives of the previous Fathers and monks, and the Rules of St. Basil, their Father in monasticism. He praises especially St. Basil’s Rules and urges the monks to study them and to apply them in their life. St. Benedicti Regula Monachorum (P. Cornelius Kossler) LXXIII p. 69 and p. 392-393.