The exercise of Eucharistic love

But what is the criterion for assessing such a presence or absence of Christ within a person’s being? How is this presence «measured», that is, how does it become visible, how does it become perceptible? How is it revealed, if, indeed it is revealed, this «Christification» to recall a word used by Father Justin Popović? How does the spirit become flesh? The answer is simple and not at all theoretical. The fundamental criterion for Christification, the discovery of the Christ-bearer, is the revelation of the identity of the energy of Christ and the Christ-bearer by imitation and type. Just as the Church is an image and type of the Holy Trinity, so the human person is made in the image of Christ, in the image of the incarnate Word[9]. And this likeness is certainly not restricted to some sort of ‘spirituality’ which denies the need for an incarnate liturgy after the liturgy, that is, the need for action, the exercise of Eucharistic love within a particular place and time, where the mystery of life is carried out. The life of people made in the image and likeness of God is not an ‘unfeeling angelic existence’ where freedom and creativity are absent. Of all created beings, only people have intellect, reason and the senses. This is what makes us creators of our world, our culture, our arts and sciences, our relationships and friendships and our works of art[10]. 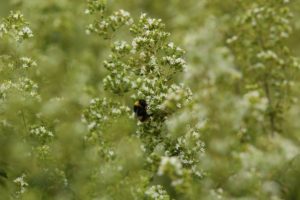 God the Word incarnate took on the foreign, the other, the completely different. He came out of Himself, though, simultaneously remaining Himself, so that His love, which envelopes all people and all things, should be able to achieve the unachievable, to draw water from a rock. He took on human nature corrupted by sin, He took on Adam who had been expelled from Paradise, who was deceived and homeless, in order to heal him from his sickness. Even more, He Himself became a stranger and homeless, a refugee and migrant, so that, through «fellow-suffering» and familiarity He could manifest the mystery of love, which reaches as far as the Cross[11]. The mystery of ecstatic love that makes the created being cry aloud that ‘my love has been crucified’[12].

And if this eroticism is the best expression of the recognition of love incarnate, Christ’s life on earth was not easy, but tragic. A dramatic life. A life of rejection and existential denial. A stranger to the strangers of His own race, who hated Him and put Him to death as a stranger. A stranger to His own disciples, who on a continuous path to Emmaus denied, doubted and tested His strange truth. A stranger to His own mother whose security of maternal familiarity was pierced by a sword which created cracks in the certainty of the revelation she had been privy to so many times.  A stranger to the whole of creation, His own creation, the cracks and imperfections of which He healed. A stranger to life, but also a stranger to death, which He took by surprise, embraced and defeated for ever. And all of this for the incarnation. All of this through the migration of love. And there is no doubt that the incarnation of the Word of God the Father is the preeminent migration, the real migration[13]. That which gives meaning to every migration, every exodus to the land of expectation, the promised land.

[10] See Gregory Palamas, One Hundred and Fifty Chapters, 63: ‘For only we of all created beings have the intellect, reason and sensation. Linked to the reason are the arts and sciences and knowledge which have discovered a host of different things. Farming and building and production from nothing (though not from that which does not exist at all, which belongs to God) are things which have been granted only to people’

[11] ‘Did not He who was crucified become immediately after his birth a wanderer and a fugitive? Was He not from the very cradle removed with the whole household into a strange land, taking that long journey into a barbarous region? And this removal gave occasion to torrents of blood, and cruel murder and slaughter, and all the children of tender age were cut to pieces just as if they had been soldiers arrayed in battle, and infants torn from the breast were handed over to death, and even when the milk was in their throats, the sword was driven through their necks. What could be more distressing than this tragedy? And these things were done by him who sought to destroy Jesus, yet the long-suffering God endured this tragic cruelty, which caused so much bloodshed, and forbore to prevent it although He had the power, displaying his long-suffering for some inscrutably wise purpose’.  John Chrysostom, Epistle to Olympias I PG 52, 552.