The Misguided Notions Harboured by Christ’s Contemporaries regarding His Person

The person of Christ has been subject to a great many misconceptions, from the time He came to earth until today. Many people altered or distorted the purpose of His presence among us even as early as the time when He was alive. If we are to understand these attempts at fabrication, we need to look at Judaism as it was at the time of Christ: a mixture of many different traditions. These traditions were widespread, powerful, with many fanatical adherents, who supported them passionately.

The Jews were longing for the Messiah, but it’s not clear exactly what this meant for them. In order to understand the transformation of the meaning of the word, we have to make a brief review of the history of Israel.

At the time of Christ, the Jews had already been a subject people for centuries. Essentially, from 600 B.C. on, Palestine was never free, with the exception of the revolt of the Maccabees. There were many conquerors: the Babylonians, Medes, Persians, Alexander the Great, the Ptolemies (from 200 B.C.), Seleucids and the Romans, the latter as overlords initially and then as conquerors. 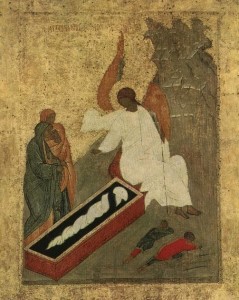 Even the time of the Maccabees and the Hasmonean kings which followed (roughly 165-64 B.C.), of which Jews were and are proud, was a period of dreadful problems, continuous wars with other peoples (e.g. the kingdom of the Seleucids, and appalling internecine strife (brothers killed brothers, fathers murdered their children)

A large part of the people had been dragged off to captivity in Babylon as early as 597, and when they were given the option of returning to the land of their fathers (from 530 onwards), a good number decided to stay on in the land of their captivity. In this way a very extensive diaspora was formed, with powerful traditions, and over time this expanded and created its own institutions.

Hellenism was a catalyst which had a tremendous influence on Judaism, principally through the spread of the Greek language, which infiltrated Hebrew vocabulary to a considerable extent. The same was true of names, daily habits (e.g. training at the ‘gymnasium’) and art.

All of this affected belief in the coming of the Messiah in a very direct and dynamic manner. Although initially concepts regarding the Messiah centred on a figure sent by God to lead the people to salvation from sin, that is, a notion not so very different from own view of the Messiah/Saviour, it was not long before the powerful influences we mentioned brought a change in approach, replacing the former idea with a belief in the Messiah as a person sent from God to liberate Israel, to restore its former glory (e.g. of David’s united kingdom), and to make it strong enough so that it would finally be in a dominant position, vis-à-vis its enemies.

This notion was very widespread in Palestine and was particularly attractive to the Jews who, quite justifiably, had long desired the liberation of their homeland. As a result of this misconstruction of the aim if the Messiah, they had a choice of several courses of action, some of which led them to armed conflict, as was the case, for example, of the ‘sicarii’ (= ‘dagger-men’), who carried knives with which to kill the enemies of the Jewish people.

This attitude of the people explains the similar but contrary stance of the leaders of Israel: the High Priest, the members of the Great Sanhedrin, the Pharisees, Sadducees and, of course, the scribes and legal experts, who scorned the ‘crowd which did not know the law’. There was no chance that the people’s choice would be accepted by them, especially when this was a person who never hesitated to show His disdain for their harshness and unhealthy ritualism and to castigate them for being so far removed from the spirit of the Law.

This is why their attitude to God’s Christ was only to be expected: from very early on they were looking for a way to kill Him. They wanted to associate His condemnation with legal transgressions and, of course, to be covered by the Romans in terms of the legal aspects. So when they saw the opposition of Pontius Pilate, a man who has gone down in history as a harsh governor, they were hesitant about bringing open pressure to bear on him, but did say that if he refused to prosecute Christ, then he was no friend of Caesar’s. In other words, he’d be failing imperial authority and would, by extension, be an enemy of the state.

Christ was well aware of the confusion in Israel concerning the figure of the Messiah and His person and asked His disciples: ‘Who do people say I am?’ (Mark 8, 27).

At the time of Christ, there were many groups which differed significantly in their teaching. Judaism rather encouraged this strange practice on two conditions: that the Law be respected (in general terms, or officially, one might say); and that worship in the Temple be observed. Many passages in the Gospels mention this diversity, perhaps the best known being the Gospel which is read on the evening of Great Monday, which presents a discussion on the subject of the resurrection of the dead, which was rejected by the Sadducees (an aristocratic grouping which adhered to the written Law). These were also among those who believed that the Messiah was of a secular nature and should therefore undertake commensurate action, which is why they accused Christ of distorting the mission of the Messiah. Of course, in order to achieve their aim of eliminating Christ, they didn’t hesitate to ally themselves with the Pharisees, despite their differences.

Other groups that we know of include the Pharisees (Perushim= ‘those who are set apart’, as they wished to be known), the Therapeutae (a relatively unknown group which Josephus talks about), the Essenes (a group which has been much discussed since the discovery, in 1947, of the Qumran manuscripts, which were quickly and safely attributed to them).

The answer of the disciples to Jesus’ question is indicative of the confusion which reigned; ‘Some say John the Baptist, others Elijah and others again one of the prophets (Mark 8, 2).

Saint John, the Forerunner and Baptist of the Lord, was then, as he is today, a figure of great stature. As we know, Christ Himself spoke with special warmth of the figure of the Baptist, saying that no person who had been born surpassed him. Preaching as fore-runner of the Lord, John had gathered around himself a sizable group of disciples and had influenced many people with his teaching. The criminal manner of his death had persuaded many of the Jews that such an important figure couldn’t be lost because of the wickedness and injustice of a few people, and that he would return to life in order to complete his work and to deliver people from evil. As Saint John the Evangelist tells us in chapter 1 of his Gospel, even though the Forerunner knew that he wasn’t the Light, the Messiah, and that he was simply preparing the way for Him Who would follow, there were a lot of people who thought he was the Messiah. This is why, when Christ began His public ministry after the murder of John, they linked the two figures and thought they were one and the same.

The disciples then referred to the figure of the Prophet Elijah, a figure who was especially revered among the Jews, since he led the struggle against their enemies. Not only against impious rulers (e.g. Ahab and Jezebel), but also against the false gods and their prophets who, at the time of Elijah, had attained a dominant position in Israel, marginalizing the worship of Yahweh, the True God. We recall the exciting descriptions of the clashes of Elijah with the prophets of the foreign gods and his complete triumph over them. Elijah had many visions of God and for a long time, when he was being hounded by other people, was fed with His help. Besides, the Old Testament tells us that Elijah ascended into heaven in a chariot while still alive.

All of this had provoked intense speculation regarding his return in glory.

Beyond doubt, the presence of the prophets in the spiritual life of Israel was very powerful, even at the time of Christ. There were many who expected to experience a dynamic descent and dynamic presence on the part of the Messiah, as they’d learned from the way in which the prophets were called, and so were disappointed by His humility and simplicity.

Moreover, before the advent of the Messiah, the Jews expected the last prophet, who would prepare the way of the Lord. Unfortunately, many of them identified Christ with this last prophet and Judaism as a whole didn’t concern itself with the fact that it was John the Forerunner who played this role, not Christ.

Saint Peter’s answer is interesting, when Christ asks: ‘Who do you say that I am?’ With his usual straightforwardness, Peter says: ‘You’re Christ, the Son of the living God’ (Matth. 16, 15-16). This answer is very important because it accurately sums up the belief of the Church concerning the person of the Saviour. He’s the Lord’s Anointed, the Messiah, the One chosen by God, and, at the same time, He’s His Son, Who will save the world from sin.

In today’s article, we’ve restricted ourselves to misconceptions regarding the person of the Lord dating from Biblical times and haven’t mentioned the heresies and various philosophical, scientific and pseudo-scientific alterations of His holy person.

Concealed behind these fabrications is human egotism, which prevents us from becoming free of wickedness and accepting, in love and humility, the hand which Christ extends to us in order to save us and bring us back into the paradise of delights.

It’s difficult for each of us to accept, on the one hand, that we stand in need of salvation and, on the other to seek that salvation in God’s love, rather than in our own capacities.

It requires boldness and faith!

Christ demands this boldness and faith of us so that we can consciously confess that ‘Christ has risen from the dead, trampling down death by death and to those in the tombs giving life’ and so that we can live in the Resurrection