The Reality of Conception

When he mentions implantation, however, Fr. Harakas is now speaking of something which is already conceived and growing as it travels down the fallopian tube to the uterus. For a better understanding, it is necessary to know something about both conception and implantation — what they are and what part they play in the developing child. In their book, From Conception to Birth, The Drama of Life’s Beginnings, Roberts Rugh and Dr. Landrum B. Shettles give a brief overview of the miracle of conception and its immediate aftermath:26

The sperm cell has an average life of about 48 hours inside the female tract. If it has not found and fertilized an ovum by then, it will die… …the unfertilized ovum lives for about 12 to 24 hours.

When the armada of spermatozoa, after battling through a murderous obstacle course at a speed of one inch in 20 minutes, finally arrives in the vicinity of the ovum, only about 2,000 of the original hundreds of millions remain in the running. The nose-cone-like cap (the acrosome) of each sperm produces an enzyme called hyaluronidase, which digests the protective cumulous cells in its path around the ovum. Now the finalists in the race confront the zona pellucida, the clear, gelatinous, but firm cover of the ovum. A mature spermatozoon bores with some effort through the zona pellucida, apparently with the cooperation of the ovum, and finally it pierces the cell membrane itself at any point on the surface. As soon as this occurs the ovum rejects all other spermatozoa, although many may try to attach themselves to the zona pellucida. 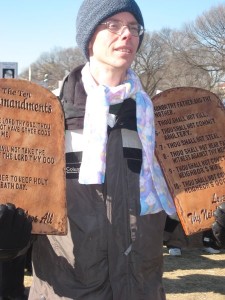 In the process of penetrating the ovum the successful spermatozoon loses it acrosomal cap. Once inside, it loses its tail as well, leaving just the sperm head, which is basically a nucleus containing 23 chromosomes. Only a mature spermatozoon can stimulate the otherwise dormant ovum. Now there begins a complicated process known as development, which never really ceases until the death of the individual many years later. The protoplasmic content of the ovum begins to vibrate. If you could examine such an ovum alive under very high magnification, you might describe the activity of its cytoplasm as relatively violent, only everything would be taking place on a drawn-out time scale, like an exaggerated slow-motion picture……The remaining nuclear material (of the ovum), the pronucleus, containing 23 chromosomes (half the normal complement, because a previous division had taken place within the ovary), then moves slowly toward the center of the ovum. There it meets the pronucleus of the sperm, which also contains 23 chromosomes. The two pronuclei become enlarged and lose their enclosing membranes. Within 12 hours they merge, so that the fertilized ovum, now called a zygote, has its requisite 23 pairs of chromosomes (one member of each pair from each parent) restored and is ready to develop into a baby.

Little in biology is more thrilling to watch or more significant in its implications than the first division of the zygote into two equal parts by the process known as cleavage. It is through this process that a single fertilized ovum will give rise to the more than trillions of cells of the newborn baby……Every daughter cell is therefore identical in chromosomal make-up, and hence in hereditary potential, to the original zygote. Thus each cell of the developing baby, right from the beginning, contains an equal number of chromosomes from each of the parents, and it is these chromosomes that carry the all-important hereditary units known as genes.

The first cleavage of the zygote takes about 36 hours, but each succeeding division takes slightly less time. Finally the proliferation levels off to a fairly constant rate. The second cleavage is completed by 2 days after conception. By the end of 3 days there are 16 to 32 cells, and by 4 days there may be 60 to 70 cells…..In a few days there are enough cells to form a sphere called a morula, which looks like a mulberry encased in a transparent envelope called the zona pellucida.

The cells of the morula are functionally integrated. They have already lost some of their independence, and if one cell were separated from the cluster it could no longer give rise to a separate individual. As the number of cells increases, the morula moves away from the site at which the original ovum was fertilized, down through the ciliated oviduct, and, on about the third day, through a narrow opening into the uterine cavity, where there is more room. (At this age, if the embryo were examined under a special microscope, the prospective sex could already be ascertained.) This is where the embryo (and later the fetus) will grow and develop for the next nine months. Here then, in the simplest of terms and the briefest of descriptions, is the marvel of conception and all that follows including implantation. It is easy to see here that the actual beginning of life must be acknowledged as being at the moment of conception; implantation is simply another step along the path of a life already established. It is not for nothing that the Fathers speak only of conception although they knew nothing of intra-uterine life and therefore of implantation. Without microscopes or modern technology, they knew by the Grace of the Holy Spirit that life begins at that miraculous moment when the sperm pierces the egg. St. Basil the Great spoke to the issue of the protection offered by the Church to the unborn child during the different stages of pregnancy and here his statement is reiterated:27

..we do not have a precise distinction between a fetus which has been formed and one which has not yet been formed.

It is also interesting to note that in the scientific and medical communities, even those who support abortion acknowledge the fact that human life begins at conception. In the journal California Medicine, this editorial which appeared fully three years before Roe vs. Wade was intended to justify the spurious “debate” about the beginning of life then being waged in scientific, medical and political circles:28

The process of eroding the old ethic and substituting the new has already begun. It may be seen most clearly in changing attitudes toward human abortion. In defiance of the long held Western ethic of intrinsic and equal value for every human life regardless of its stage, condition or status, abortion is becoming accepted by society as moral, right and even necessary. It is worth noting that this shift in pubic attitude has affected the churches, the laws and public policy rather than the reverse. Since the old ethic has not yet been fully displaced it has been necessary to separate the idea of abortion from the idea of killing which continues to be socially abhorrent. The result has been a curious avoidance of the scientific fact, which everyone really knows, that human life begins at conception and is continuous whether intra-or extra-uterine until death (my emphasis). The very considerable semantic gymnastics which are required to rationalize abortion as anything but taking a human life would be ludicrous if they were not often put forth under socially impeccable auspices. It is suggested that this schizophrenic sort of subterfuge is necessary because while a new ethic is being accepted the old one has not yet been rejected.

The “old ethic” which the editors so loftily dismiss is, of course, the Biblical (Christian) Ethic and the “new ethic” is the utilitarian philosophy of Atheistic Secular Humanism. This editorial was written over nineteen years ago and in that time things have gotten worse as Humanism asserts its dominance over every aspect of American and Western culture.