When Does Life Begin?

However, Fr. Harakas’ book does bring up another question which is an integral part of the ongoing abortion debate; that is, when does life begin: at conception or at implantation; at “viability” (the age at which the child may survive outside the womb) or at birth; when the heart begins to beat (approximately twenty-four days of gestation) or at the earliest date fetal brain waves can be measured (approximately six weeks)?

For most serious scholars, the choice would appear to be between the moment of conception and the moment of implantation which occurs several days after conception. Even the most staunch supporters of abortion recognize that the child in utero is most assuredly alive and possessing of all organs in a functioning condition at two months after conception (eight weeks) which is considerably earlier than the earliest presently known time of viability ex-utero (twenty weeks). And certainly, birth is hardly a creditable time frame as that may successfully occur from twenty weeks on, the child being just as “human” at each stage of the pregnancy. 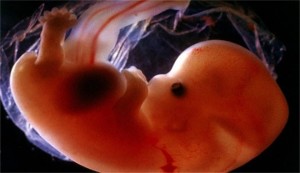 The statement of Fr. Harakas which makes this of primary interest in this study is one which concerns the two “hard cases” of rape and incest. On that subject, Fr. Harakas has said:25

In cases of rape or incest, due to the unnatural and often violent character of these crimes, as well as the danger of disease, it is urged that medical procedures take place as soon as possible to flush out the sperm before fertilization or implantation (my emphasis) can occur. Young women should be instructed that such action take place immediately (no later than three days after impregnation [my emphasis]) But once implantation (my emphasis) occurs, the pregnant woman should carry the child to term, and the alternative of adoption should be approached in a spirit of Christian love.

Clearly Fr. Harakas is speaking at least in part, of preventing the sperm from reaching the ovum. Naturally, the flushing of sperm to prevent conception is valid both medically and theologically. In the case of incest however, none of these well meant nostrums are applicable unless the incestuous relationship consists of a one time “rape.” Clinically, incest is most often an ongoing, long lasting sexual liaison and therefore does not produce the one-of-a-kind encounter to which Fr. Harakas’ prescription is addressed. It may also be noted that in pregnancies resulting from either rape or incest, the victims often go through a denial process until the pregnancy is far advanced thus further rendering such nostrums ineffectual.