We approach even the most sinful people with trust and hope

The question of evil has not been examined much in the Orthodox Church. In comparison to other Christian dogmas, its solution remains as expressed in a form which reveals the truth, of course, but one clouded in the making. Evil has its origin and its support in the free will of created spirits, be these spirits part of the angels or human beings. This is the Christian position. But there’s a long way to go if we’re to understand it.

The Church was once, at the time of the Gnostics, under considerable pressure to develop a theory concerning the source of evil. All schools of Gnostic thought were tormented by the problem of the question of the origin of evil. And they all reached dualistic solutions depending on the notion of evil as a particular principle, the field of activity of which was, at most, intermingled to some extent with that of good, but which could never reach the core of the latter, could never change it or transform it into evil. The Gnostic movements all tended towards the direction of Manichaeism which derives evil from matter, from the body as an independent existential principle.

The expressed danger from these movements, as well as from Manichaeism, seems not to have been so great that the Church needed to be more energetically involved with the dogmatic question of evil. A contributing factor in this was certainly our Church’s optimistic view of human nature. The Orthodox Church teaches that the divine image was not radically changed in people, but was tarnished to an extent, so that we can still approach the most sinful people with trust and hope, seeing the good shafts of light rather than the shadows of evil. For us who have grown up in the spirit of the Eastern Church, no sin, no falling away, on the part of other people can deprive us of hope that we shall see them afresh, reborn. It can’t destroy our conviction that they still have facets hidden within them, which if we could but bring them to light, would astonish us at the delicacy of these people’s goodness. 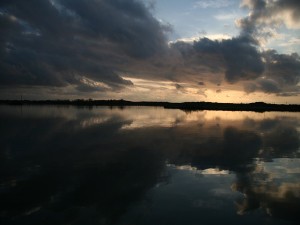 Today, however, it’s essential that the answer to the problem of evil be thought out in detail and stated clearly. The outlook of Orthodox Christians is showing a tendency towards being influenced by a Manichaeism of Western provenance.

How has this Manichaeism gained so much ground in the West? Not, I think, under the influence of Catholicism (though its teaching that sin consists of a concupiscentia carnis, and is therefore something entirely corporeal, has contributed to a certain extent), or Protestantism, but more to the influence of rationalism. If you have confidence in your own powers, you believe that the more civilized you are, the fewer your sins, while sages and well-read people are held to be angelic creatures, since they’ve overcome the excesses of the flesh which afflict other, simple people. There is a widespread idea that people can become perfect through their own efforts, without any assistance from above, since they manage to transcend the carnal excesses of the uneducated. In general terms, educated people don’t drink, don’t smoke, don’t break the law, don’t judge others, are not excessively demonstrative and everyone considers them saints. In this way, the idea that sin is something exclusively carnal takes root and that the more our bodily expressions can be suppressed, the more we can live in the spirit. In this way we will be less sinful, or even not at all so.

This rationalistic and humanistic view (excessive confidence in our powers to the exclusion of all else) is also true of sects (we should note that in the Orthodox world it arrived in two ways: through the circulation of relevant books and through sects).

However attractive this Manichaeistic spirit might be for the simple, it didn’t penetrate our own Orthodox people. The fasts, church attendance, abstention from drink and smoking, the monastic vows, were all in essence practical, but weren’t considered by those who applied them to be absolutely a means of purification. We’re still conscious of our overriding sinfulness.