A Short Definition of “Oikonomia” on the abortion cases

For the sake of clarity, as the Church’s stand on abortion was previously defined, it now becomes necessary to give a short definition of the concept of oikonomia (economy) which application in possible response to abortion is being considered. Oikonomia is succinctly defined by Greek Orthodox moral theologian, Rev. Stanley Harakas, as:30 …the carrying out of the spirit rather than the exact and rigid letter of a law without a contravention of any prescription, canonical or legal. It addresses the issues of human and spiritual well-being as they relate to the application of church rules. In his book, A Dictionary of Greek Orthodoxy, Rev. Nicon D. Patrinacos gives a more in-depth definition:31

According to Orthodox Canon Law, the term economia (oikonomia) denotes a timely and logically defensible deviation from a canonically established rule for the sake of bringing salvation (my emphasis) either within or outside the Church. But this deviation does not extend to the point where it could violate the dogmatical boundaries of the rule in question. Also, economia should be decided upon only by the canonically instituted authority of the Church…It should be kept in mind, however, that economia is an out of the ordinary ecclesiastical measure, the nature of which is timely and its duration temporary. Its intent is solely Christian, an expression of the love that guides the Church and of the virtues that issue from it, sympathy, leniency and understanding of human weakness. But no dogmatical boundaries should be moved or removed when economia is applied…. 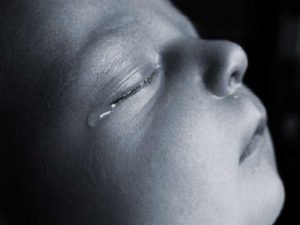 In his work, Byzantine Theology, the late Archpriest John Meyendorff addressed the origins of the concept of oikonomia thusly:32

In both historical and theological literature, the principle of oikonomia is often referred to to illustrate the particularly Byzantine ability to interpret the law arbitrarily to suit political or personal purposes. Such a use betrays an obvious misunderstanding of the term, and is an injustice both to the principle itself and to its proper application. The term oikonomia does not belong originally to legal vocabulary; meaning “household management,” it designates in the New Testament the divine plan of salvation: ‘He has made known to us in all wisdom and insight the mystery of his will, according to his purpose which he set forth in Christ as a plan [oikonomia] for the fullness of time, to recapitulate all things in him, things in heaven and things on earth’ (Ep 1:9-10 v. also 3: 2-3). But this divine plan for the management of history and of the world has been entrusted to men. For Paul, preaching of the word is an oikonomia, entrusted by God (1 Co 9:17), and, therefore, we should be regarded as ‘servants of Christ and stewards [oikonomoi] of the mysteries of God’ (1 Co 4:1). More specifically, the ‘management’ or ‘stewardship’ belongs to those who fulfill the ministry of leading the Church: ‘The Church, of which I became a minister according to the divine office [oikonomia] which was given to me for you’ (Col 1:24-25). In the Pastorals, the oikonomia belongs particularly to the episkopos: ‘For a bishop, as God’s steward [oikonomos], must be blameless.(Tt 1:7).

Meyendorff then contrasted oikonomia to the Western concept of dispensatio (dispensation):33

In the Latin versions of the New Testament, and in later ecclesiastical vocabulary, the term oikonomia is very consistently translated by dispensatio. In Western canon law, however, the term dispensatio acquired a very definite meaning of ‘exception to the law grated by the proper authority.’…innumerable references to oikonomia in Byzantine canonical literature, clearly interpret it in a much wider sense. What is at stake is not only an exception to the law, but an obligation to decide individual issues in the general context of God’s plan for the salvation of the world. Canonical strictures may sometimes be inadequate to the full reality and universality of the Gospel, and, by themselves, do not provide the assurance that, in applying them, one is obedient to the Will of God. For the Byzantines — to use an expression of Patriarch Nicholas Mystikos (901-907, 912-925) — oikonomia is ‘an imitation of God’s love for man’ and not simply an ‘exception to the rule.’

And in his closing passage, Fr. Meyendorff presented an historical scenario that is strikingly similar to the modern ecclesiastical situation:34

Of its nature, oikonomia cannot be defined as a legal norm, and practical misuses and abuses of it have frequently occurred. Throughout its entire history, the Byzantine Church has known a polarization between a party of ‘rigorists,’ recruited mainly in monastic circles, and the generally more lenient group of Church officials supporting a wider use of oikonomia, especially in relation to the state. In fact, oikonomia, since it permits various possible ways of implementing the Christian Gospel practically, implies conciliation, discussion, and, often, unavoidably, tension…In fact, no one in Byzantium ever denied the principle of oikonomia; rather everyone agreed with Eulogius, Patriarch of Alexandria (581-607), when he wrote: ‘One rightly can practice oikonomia whenever pious doctrine remains unharmed.’ In other words, oikonomia concerns the practical implications of Christian belief, but it never compromises with the truth itself. It is therefore obvious that the concept of oikonomia must, first and last, be concerned with God’s Plan for the Salvation of Man rather than such worldly considerations as emotional or financial distress or benefit. This is, of course, diametric to the atheistic, materialistic, anti-religious mentality which insists that only temporal concerns are the criteria upon which human judgements can and should be based. Not only is this mode of thought found within the secular culture but also, sadly, within certain elements of the Church as well.