The General Reaction of Today’s Church to Abortion

In recognition of the state of the culture, those in authority within the Church have the awesome responsibility to unceasingly teach the doctrines of the Faith especially in the crucial area of morality. Sadly, many have chosen to remain silent. In a few cases doubtless, this silence was occasioned by culture-related attitudes manifested especially among those whose background is reflective of foreign birth and nurture far from the American concepts of freedom of speech and dissent. Then there is the silence of the naive, those who believe as did one elderly bishop that “Orthodox people don’t do such things.” But the silence of the vast majority who should have spoken but have chosen to remain mute is the result of apprehension, apathy or even, sadly, tacit approval. It is in this third group, that the abuse and misuse of oikonomia has most frequently occurred. After an initial outcry by the leading hierarchs of numerous Orthodox jurisdictions within the United States against the legalization of abortion — attended by occasional official pronouncements emanating from jurisdictional, archdiocesan or diocesan headquarters along with a few programs initiated at the time of the Roe decision by some jurisdictions — the overwhelming reaction to abortion by most of the clergy and laity in the United States has been one of silence. In fairness, it must be stated that there have been those who have spoken out strongly and consistently from the beginning and it is necessary to recognize that the Orthodox Church does not command headlines for its pronouncements. Yet, we cannot pretend that the Church has acted in a forceful and vigorous manner on this issue even internally. 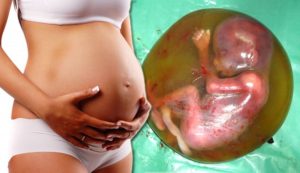 There are some mitigating circumstances in this matter. For example there are those who consider involvement in any secular (and especially political) situation as “un-Orthodox,” and that open defiance of societal policies somehow constitutes a “lack of humility.” But a study of Christian history will show that the Church has always been on the cutting-edge of society especially where great ethical and moral issues were at stake. As the legal understanding of silence, both East and West (including Russia) is assent, the silence of the majority of the Faithful especially the clergy, both in the Church and the World has been a great evil. It has deprived the Faithful of clear and fixed guidelines for belief and behavior and the world of our unique witness to the Truth of Jesus Christ of which Orthodoxy alone is the repository. The Orthodox Church’s relative silence during America’s “slaughter of the innocents” is a black chapter in Her Apostolic Mission to the New World. Even worse, the result of that silence has been confusion and contention surrounding the issue within the Church Herself and when the “hard cases” become an added consideration, any application of oikonomia with respect to granting permission for an abortion becomes perilous

Finally, let us consider the witness of today’s Orthodox hierarchs and priests in light of the words of the Blessed Tikhon of Zadonsk:29

Sometimes a word of reproof must be spoken to all in general, and sometimes to some particular person. When reproof is given in general, then one may speak strictly and sharply, that sinners listening might feel the lash of fear in their hearts, and so be wakened as from the sleep of sin. We see this in the prophetic and apostolic Scriptures…When people whomever they may be, commit iniquity and you know it openly, take extreme care not to be silent, but everywhere reprove their iniquity in your speech, lest you be like a dumb dog that does not bark when thieves break into a house and loot it, and wolves fall upon the flock and devour it. Stand firm, beloved, and show your pastoral work even though you must necessarily suffer. In this work, you have as your examples the prophets, apostles and luminaries of Christ who lived in times of old. [“On the Duties of Pastors,” Journey to Heaven, Counsels on the Particular Duties of Every Christian, St. Tikhon of Zadonsk]

Is there anyone who would seriously attempt to try to reconcile St. Tikhon’s teaching with rewards showered upon pro-abortion politicians and celebrities by one large jurisdiction within the Orthodox Church? Is it any wonder that it is extremely difficult to bring the pro-life message to Orthodox Faithful when they witness these honors being bestowed by that jurisdiction on individuals whose only “claim” to them is their ethnic heritage? Even where such scandal is not present, how does the silence emanating from the pulpits across this nation compare with the specific direction to “not remain silent” that is found in the writings of a Saint who has been lauded to the skies by the very bishops and priests occupying those silent pulpits?