How can we fight our passions?

Novices need more time in order to train themselves in prayer. It is impossible to reach this supreme virtue shortly after entering the monastery or following the first few steps in asceticism. 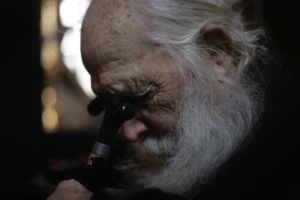 Asceticism needs both time and gradual progress, so that the ascetic can mature for prayer in every respect. In order that a flower might bloom or the fruit grow on a tree, the tree must first be planted and left to develop; thus also does prayer grow out of the soil of other virtues and nowhere else. The monk will not quickly gain mastery of his mind, nor will he in a short time accustom it to abide in the words of the prayer as if enclosed in a prison. Pulled hither and thither by its acquired predilections, impressions, memories and worries, the novice’s mind constantly breaks its salvific chains and strays from the narrow to the wide path. It prefers to wander freely, to stroll in the regions of falsehood in association with the fallen spirits, to stray aimlessly and mindlessly over great expanses, though this be damaging to him and cause him great loss. The passions, those moral infirmities of human nature, are the principal cause of inattentiveness and absentmindedness in prayer. The more they are weakened in a man, the less is he distracted in spirit when praying. The passions are brought under control and mortified little by little by means of the obedience, as well as by self-reproach and humility—these are the virtues upon which successful prayer is built. Concentration, which is accessible to man, is granted by God in good time to every struggler in piety and asceticism who by persistence and ardor proves the sincerity of his desire to acquire prayer.