The Church without Saints isn’t the Church – 1 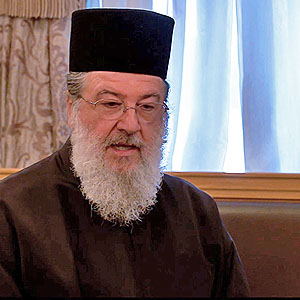 So the day itself requires our talk to turn to sanctity in general and then, in particular, to the life Saint Nikolaos, whom we’re honoring, as the pride and joy of the parish, which he served in a manner well-pleasing to God when it was still taking its first steps and was sparsely inhabited.

And you parishioners can hardly forget that the parish has been blessed by the saint not only through his tenure as priest, but even more so by the fact that he was buried here and so, through his bodily presence, blesses you all every day.

The greatest spiritual capital the Church has, its greatest, inconceivable and inviolate riches, are the Saints. This demonstrates that it isn’t merely the ark of salvation for our souls, that is souls who are saved simply by avoiding eternal hellfire, but is, rather, for souls who are glorified in the Kingdom of God, even before the final judgment, before the Second Coming, as long as the Church Militant continues to exist.

They’ve been glorified because they were perfectly well-pleasing to God through their lives and reached the state of deification, that is they became gods by Grace, they acquired boldness and, from this boldness, great gifts, even during their life on earth. And their personal sainthood has become a source of sainthood for others. 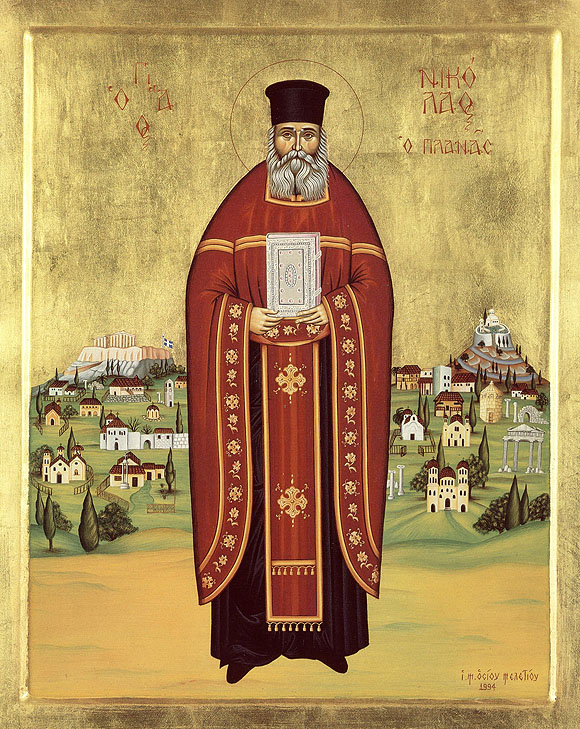 The Church exists to save souls. To make saints. If you take saints out of its life, its theology and its worship, it ceases to be the Church. You could call it what you like, but it wouldn’t be the Church. And Christ Himself indicates that the Orthodox Church is His Church, the one of which He is the Head, and it holds the treasure of the Grace of the Holy Spirit, Who leads it to ‘all the truth’. He does so, in accordance with His incontrovertible promise, by granting Grace, by manifesting and glorifying His saints in this Church through a host of signs and wonders. It is a consequence of this empirical truth that any Orthodox cleric or lay person who, in word or deed, belittles the saints is lagging behind as far as the faith is concerned. And if I may use the Pauline expression, they ‘condemn themselves’ before God and His saints. On the other hand, empirical truth within the life of the Church shows that those who love the saints and honor them in various ways, particularly by following the Church in the honor it pays them through divine worship, are strong in the faith. If we struggle against our personal passions with the reinforcement of the intercessions of the saints, we may hope in our salvation. The conclusion? Loving the saints is a criterion of genuine Orthodox spiritual life.

Every day our Church honors the memory of lots of saints, because in doing so, through the rubrics of divine worship, it asks for their intercessions and the intervention of their grace in the lives of its children who are struggling. It also presents the saints as examples of the holy life. But the educational force of the feast remains inactive if we either ignore our goal, which is to ‘become holy ‘, or, if we recognize it but choose not to break free of our sweet imprisonment to our worldly mentality. And we don’t want to break free because that would mean treading the path of the Cross. And for this course to begin, to continue and be completed requires an honest struggle, as the recently canonized Athonite elder, Saint Païsios, used to say. A life which doesn’t aim at personal sanctification through honest struggle has no meaning, since it’s satisfied with ‘vanities and the many hardships of the flesh’.