The light burden and the Kingdom of God

«Love for Christ knows no bounds, neither does love for your neighbour. Let it extend everywhere, to the ends of the earth. Everywhere, to all people. I’d like to go and live with the hippies in Matala, without sinning, of course, to show them the love of Christ. How great it is and how it could change them, transform them. Love is above all things. Let me give you an example.

There was an ascetic and he had two disciples. He tried very hard to benefit them and make them good. But he was worried as to whether they were, in fact, making any progress in the spiritual life and whether they were ready for the Kingdom of God. He waited for a sign from God, but received no answer. One day there was going to be a vigil in the church at another skete that was many hours away from their own. They’d have to walk a long way through the desert. He sent his disciples off early in the morning so that they’d get there early, to help organize the church, and the Elder himself was going to set off in the afternoon. The disciples had gone a good stretch when they suddenly heard someone moaning. It was a man who was badly injured and asking for help. 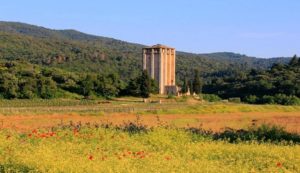 ‘Please take me,’ he said, ‘because nobody else will, here in the desert. Who will help me? There’s two of you. Lift me up and take me to the first village’.

‘We can’t’, they told him. ‘We’re in a hurry to get to a vigil and we’ve been told to help with the preparations’.

‘Please take me, I beg you. If you leave me, I’ll die and get eaten by the wild animals’.

So they left. The Elder set off in the afternoon for the vigil and went along the same path. When he got to the place where the injured man was, he saw him, approached and said to him:

‘What’s the matter, man of God? What is it? How long have you been here? Did nobody see you?’

‘Two monks came by this morning and I asked them to help me, but they were in a hurry to get to a vigil’.

‘I’ll bend down and put you over me and slowly we’ll make our way to the nearest village. Today or tomorrow we’ll get there’.

Difficult though it was, he lifted him and began to walk with his burden through the sand, which made progress very hard. The sweat was pouring off him and he thought. ‘I’ll get there even if it takes me three days’. But as he went, he felt his burden becoming lighter and lighter until, at one point he felt he wasn’t carrying anything at all. He turned and, to his great surprise, saw an angel behind him. The angel said to him:

‘God sent me to tell you that your two disciples aren’t worthy of the Kingdom of God, because they don’t feel love»[23].