The Sorrows and Persecutions of Saint Luke the Surgeon

Most people, even Christians, are frustrated, discouraged and wearied by the sorrows of life, which are unavoidable: ‘We must suffer many tribulations to enter the kingdom of God’ [1]. We shouldn’t see the sorrows of this life through the prism of transitory reasoning, but through that of eternity. This is when life acquires meaning and the meaning of sorrow in our lives is revealed to us: in the end they form the way of the Cross which we must follow in order to reach salvation and sanctification.

Saint Luke, Archbishop of the Crimea and a doctor, is one of the saints who really did experience the way of the Cross and, with this experience and the gift of divine Grace which he had in abundance, he talked, taught, and was an example to all the faithful, with the sorrows and persecutions he endured without complaint. 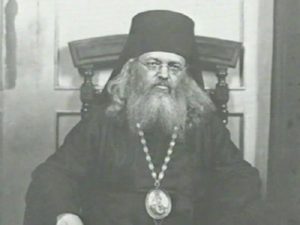 He lived in the then Soviet Union, during the worst period of modern European history, in a state that was hostile to all religion and also to freedom. He lived and struggled as a doctor, an ordinary citizen, priest and hierarch, through two world wars, and decades of movements and revolutions. With the conscience of a Christian, he faced dozens of the highest party officials of the State and the pressures they put on him. He was persecuted, slandered, imprisoned and exiled.

The torments, the prisons in Siberia and the numbing cold should have killed him a dozen times over. Divine Providence worked in his life in wondrous wise. The mere fact of his survival in such extreme conditions, for months on end, is a wonder and surprise for anyone reading his Life. The powers that be, with their various machinations, should, in turn, have executed him, and you’d have expected that World War II and Stalin would have exterminated anything that was left of him. In the end, Saint Luke survived and achieved great things. All his adult life he experienced God’s intervention and action. And we’re talking about more than fifty years! God endowed him with great abilities as a doctor, but also the gifts of healing, teaching and prophecy. He gave hope and spiritual strength to a suffering people which had been deprived of its freedom, its history and its religion.

As a doctor, he saved mortal bodies, but as a priest and bishop he saved the immortal soul, as well as the body. He became an intermediary between people and God, the person who revealed and interpreted God’s will for others to understand. Those who had forgotten God or were even hostile towards Him.

He displayed incredible patience, the endurance of a martyr in all the many, excessive sorrows which came into his life. We think that this patience of his had as its reference point his monastic conscience. At their tonsure, monastics promise ‘patience unto death’. On the Holy Mountain we don’t wish a newly-tonsured monk only ‘Have patience’, but ‘Have patiences’. By using the plural, we want to show, on the one hand, the multitude and magnitude of the sorrows that will come into the life of the monk and, on the other hand, the power of patience in Christ, which overcomes every sorrow.

Saint Luke himself testified that monasticism was very important for him. In a letter to his eldest son, Mihaïl, he wrote, ‘Remember, Mihaïl, that my monastic life and the oath I gave, my office, my decision to serve the Lord, are for me the most sacred and paramount duty. Sincerely and with my whole heart I have renounced the things of the world [2].