Μonasticism is nothing other than living in the kingdom of heaven

Living with Elder Iosif, Father Sofronios learned empirically that monasticism is nothing other than living in the kingdom of heaven, experiencing divine Grace. He stressed that he never forgot those days and the enthusiasm engendered within him by this spiritual way of life which quickly elevated those determined to follow it to a sublime spiritual state.

What Father Sofronios wanted was to be formed spiritually by an elder experienced in the hesychast life. He was especially interested in acquiring the Jesus prayer. ‘When I went’, he relates, ‘from the very first day the Elder interpreted in detail for me the meaning of the spiritual life. In particular, he tried to interpret the matter of Grace, that it’s the main factor that should concern us, since, without it, we can’t achieve anything. I gradually grasped the meaning of his words, aided by former studies and advice, but in practice I didn’t know how this action of Grace really worked and what it was like. One afternoon, Elder Iosif, full of gladness and joy, said to him: ‘Go along, and tonight I’ll send you a ‘parcel’ and you’ll see how sweet our Lord Jesus is’. After a rest, Sofronios began his vigil as always and prepared to pray, as he’d been advised, concentrating his mind as firmly as he could. He’d forgotten all about the ‘parcel’. 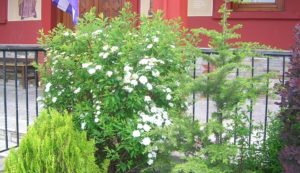 He describes this experience in the book he wrote about Elder Iosif the Hesychast: ‘I don’t know how I started, but I do know very well that once I’d begun, I could hardly say the name of Christ more than a few times before my heart was filled with love of God. Suddenly it grew so much that I wasn’t praying any more but was just lost in wonder and amazement at the overflowing of this love. I wanted to embrace everybody and the whole of creation, and at the same time I was aware of how humble my thoughts were, how I felt lower that all other creatures. But the real fullness and the flame of my love were for Christ, Who I felt was present, though I couldn’t see Him, so that I could fall at His immaculate feet and ask Him how He fired our hearts so much yet remained hidden and unknown. I had an inkling that this was the Grace of the Holy Spirit and that this was the kingdom of heaven which, our Lord says, is within us. I said: ‘Let me stay like this, Lord; I don’t need anything else’. This lasted some time and then slowly I returned to my former state. I couldn’t wait for the time to come when I could go to the Elder and ask him what had happened and how it had occurred.  It was 20 August and the moon was out. I ran and found him outside his kelli, walking in his small yard. As soon as he saw me, he began to smile and before I could make my bow to him he said: ‘Do you see how sweet our Christ is? Do you understand what you’ve kept asking about? Now be sure that you make this Grace your own, so that it’s not stolen from you by your negligence’ [2].