Be perfect as your Father in heaven is perfect (Matt. 5,48)

So it’s natural for people, who’ve been  made in the image of God, to desire their Creator as their model. It’s this longing for the divine that’s the foundation of our being. Whatever God has, the eternity, the infinite, the immortality, the living forever, the bliss are what the human spirit is continuously reflecting upon. That’s what it imagines and longs for, inventing ways and means and schemes to satisfy this thirst and desire. Confirmation of this is the effort we put into it and the aversion we feel for any other pursuit we might engage in. Look at the various achievements we’ve made. As soon as we’ve achieved them, we tire of them and turn to others and others and never find fulfilment in any of them. On the other hand, those who’ve come to know God and  have achieved union with Him and a share of His uncreated energies, that is, sanctification, never turn away to look for something else. 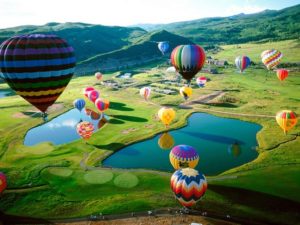 In reply to this natural proclivity of people, our Saviour declared: ‘Therefore be perfect as your Father in heaven is perfect (Matt. 5, 48). Ontologically, then people are like God in the whole of their being and this is where their essence lies. It’s a given, it’s the position of our nature. This is demonstrated by the teleological character of our being, because the end (aim) of all our desires and purposes and actions is God. We’re created as potentially theanthropic beings and, guided by our God-like soul, we have an obligation to assimilate our selves and everything else to God and thus to become, by action, theanthropic beings. In which case, united in a perfect manner with God, we will live within the infinite divine perfections. This is how the ‘image and likeness; is to be understood and accomplished.

Allow me to add the following here: it’s not only people’s proclivities that bear witness to the existence of God and eternity, but even the challenging and often unbearable injustices which dominate not only our social life but the whole of creation. Among people, we see that one person’s rich and the other’s poor, one’s good-looking, another’s ugly, one’s healthy, another’s crippled or sickly, one has everything handed on a plate, another can’t do anything right. In nature we see anomalies to natural laws, disasters, catastrophes, destruction which bring misery upon whole peoples. Relativist philosophers will search in vain for any solution for why this happens. For a Christian, however, this obvious injustice we see all around us is evidence of the existence of a metaphysical justice, or another world and realm, better and more perfect, in which justice really does reign. If we deny the existence of this justice, then, at the same time, we do away with the law of reason and every moral value. If there weren’t a solution, somewhere else, to such injustice, to such a challenge of the inequality and oppression which are the general rule in the conditions of human life, the we’d be the most wretched of creatures and our life would really be a curse and sorrow.

These measures of the general providence of God are mysterious and incomprehensible for us, and it’s only those who have the Grace of the Holy Spirit who are able to penetrate them. And even, to intervene through their prayers and affect them. (How many saints have cured incurable diseases, have prevented disasters, ended droughts and protected whole peoples from catastrophes?) But God’s providence has been shown to be aware of these injustices and anomalies and is demonstrated by the fact they often cease to be a threat when the people who caused them repent and reject their wicked ways. This indicates that nothing happens fortuitously or accidentally.

The general conclusion is that, in this world, it’s never possible to achieve justice in human societies (in the way that many materialistically thinking demagogues proclaim) because there are immeasurable natural injustices. Injustice will be eradicated only when the Creator Himself manifests the ‘new heavens and the new earth, where justice will reign’ (2 Peter 3, 13).