Elder Iosif the Hesychast had reached a level where he was replete with divine Grace and was able to transmit it to his disciples. Elder Efraim Katounakiotis confessed that ‘you couldn’t get enough of the Grace that the Elder gave you’ [3]. This is unusual and difficult for even many virtuous elders to achieve. It’s something which indicates the greatest boldness towards God and manifests the authentic, true nature of an Elder in all its magnificence. An Elder who possesses spiritual riches can pass them on to his disciple and the disciple, with fear of God, is able to receive this gift, so that he can guard it and pass it on in turn to those who come after him. This is the quintessence of Athonite tradition.

God sealed the words of Elder Iosif the Hesychast to his good disciple. Speaking of this, our Elder Iosif said: ‘Whatever he told us to do went well, even if in the beginning it looked as though it wouldn’t. Whenever he was hesitant and drew back to avoid friction and grumbling among us, we encountered so many obstacles that it was impossible to finish without excessive effort and great problems’. 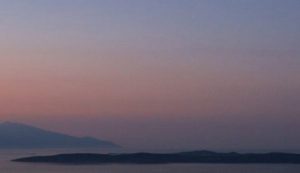 Elder Iosif always took good care of his spiritual children and never missed an opportunity to teach them industriousness, self-denial, humility, obedience, silence, the prayer of the heart and tranquillity. On one occasion he sent Fr. Sofronios with a sack of wheat from Little Saint Ann’s all the way to the Monastery of Esfigmenou to have it ground. He was then to bring it back and on the way he wasn’t to speak, eat or stay anywhere. Altogether it must have taken him 16 hours walking. The fathers helped him and, together with his flour, gave him a little bag of fish paste to give to the Elder as a blessing. When he got back to their hermitage, Elder Iosif told him: ‘I’ve got a letter waiting at the Lavra. Sit down, eat and go straight away to fetch it’. Without complaint, our Elder obeyed, hard though it was. Another eight hour’s walk.

But our Elder Iosif himself bore witness to the benefits of this obedience and diligence: ‘At night, we’d go to make our prayer. We’d hardly managed to make the sign of the cross and to say the introductory ‘Come let us worship’ before our mind was caught up. Our mind was caught up and so for about two hours away it flew. It didn’t feel the law of gravity. And then slowly it would revert to its former state.  And, I can’t tell a lie, this was the fruit of the little hard work we did. That’s the reality. I’m not boasting… How I miss those days, when we endured so much obedience and self-denial and the Lord had ‘the rushing stream of his delight’ [4] channeled towards our humble soul. How I miss hearing an order from the Elder and rushing most willingly, without any judgement, doubt, comment, diffidence, ‘if’ or ‘maybe’. I’m not exaggerating when I say that for many days, months even, I was covered in sweat all the time, but it never bothered or troubled me, because often enough the law of gravity was imperceptible, because everything was completed and relieved by the harsh grace of obedience and self denial. All the time we felt the fragrance of the Resurrection and eternity’.