He was born in Moscow in 1896 and his lay name was Sergei Symeonovich Sakharov. As he himself recalls, his first experience of the vision of the uncreated light occurred in his childhood. He studied at the School of Fine Arts in Moscow. At one stage, his religious pursuits took him into non-Christian mysticism. His artistic ambitions led him to Italy, Germany and France. He found, however, that art neither fulfilled nor enlightened him. 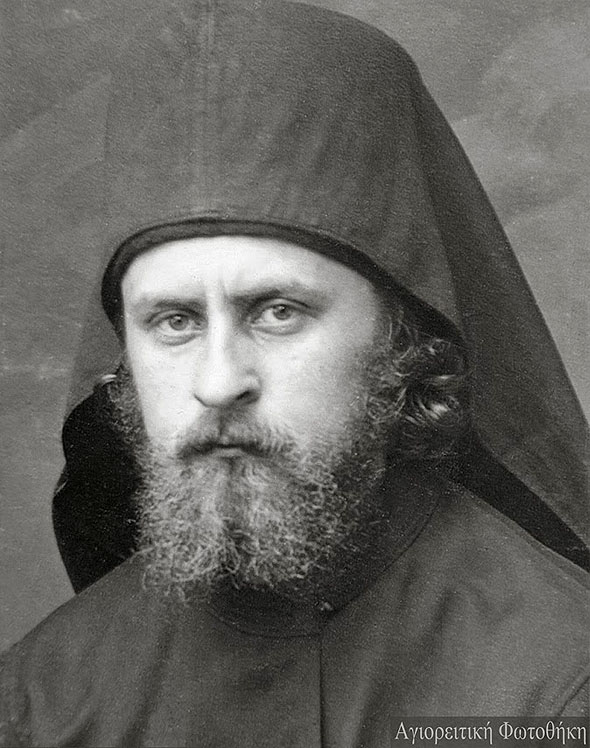 His return to the love of Christ resulted in a new, very powerful experience of the uncreated light at Easter of 1924, in Paris. While there he was influenced by his acquaintance with Fr. Sergei Bulgakov (†1944). As he himself says, ‘In Paris, I had everything, but there was no real joy’. He attended the Institut Saint-Serge to find and learn. He would later say, ‘At Saint-Serge everyone spoke about God but I didn’t see Him. When I went to the Holy Mountain, though, nobody spoke about God but everything pointed to Him’.

In 1925, he entered the monastery of Saint Panteleïmon, the Russian house on the Holy Mountain. He was tonsured there in 1926. It distressed him greatly that he was unable to live in accordance with the Gospel injunctions. A turning-point in his life came with his acquaintance with Saint Silouan the Athonite (†1938). Through Saint Silouan, Elder Sophrony did not simply believe in Christ but came to know Him in the Holy Spirit. The teaching of the saint, which the Elder gladly adopted, can be summed up as: prayer for the whole world, Christ-like humility, and love for one’s enemies.

Together with Saint Silouan. Monastery of Saint Panteleimon, Holy Mountain, 1933

This was also the basis for Elder Sophrony’s theology. After the demise of Saint Silouan, whose excellent biography was written by the Elder, the latter left for the Athonite desert, the dread Karoulia. From sundown to the break of day he repeated the ‘Our Father’, with his arms raised in prayer. Every word became spiritual nourishment and was stored in his heart, which was refined by the gentility that only a person who prays well can possess.

He lived in the hermitage of the Holy Trinity, which belongs to the monastery of Ayiou Pavlou (Saint Paul’s), from October 1943 until March 1947. He acted as Spiritual Director for the monasteries of Ayiou Pavlou, Grigoriou, Simonos Petras, and Xenofontos, as well as for sketes and kellia. He had been ordained deacon in 1930 by Saint Nikolaj Velimirović (†1956), Bishop of Ochrid. In 1941, he was ordained to the priesthood by Metropolitan Ierotheos of Militoupolis (†1956). He lived for some five years at the Vatopaidan skete of Saint Andrew in Karyes and from there received permission to leave for Paris for good in 1947. And so he took leave of his beloved Holy Mountain, after 22 years of struggle and supernatural revelations. The next year he published his inspired writings about Saint Silouan and in doing so made the Holy Mountain better known in the West. In 1959, he founded the monastery of Saint John the Baptist at Tolleshunt Knights, Essex.

It was there we met him in 1985. He was a dignified, venerable and benign Elder. A prince of the spirit, a profound, experienced great theologian. His prayer and his tears infused his Philocalic texts and light and grace illumined them. His grace, his blessing and his wisdom were unforgettable for us who lacked his experience. He fell asleep in the Lord there on July 11, 1993 and was buried three days later. 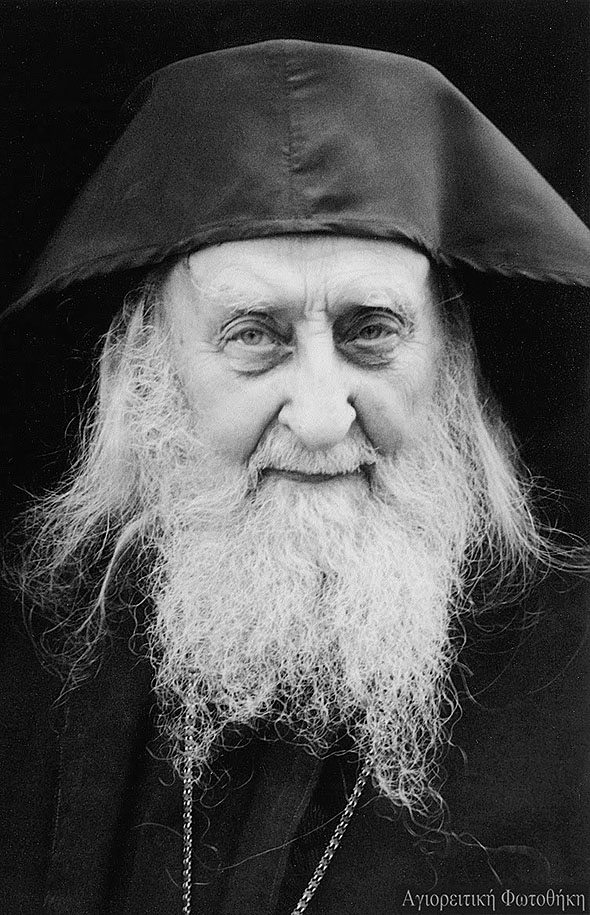 As his disciple Fr. Zacharias says, as a spiritual phenomenon, the Elder was a sign from God for his generation. He lived through the tragedy, the concerns, the worries and the heart-searching of the turbulent twentieth century. With his life, his prayer and his words he provided answers to the burning questions of his contemporaries. His nephew, Fr. Nicholas, writes that the theological path of Elder Sophrony also determined the originality of his theological method, which is characterized by a lively dialogue between different worlds: the religious philosophy of his time, Patristic tradition, and the distillation of his personal mystical experience. Metropolitan Ierotheos of Nafpaktos declared: ‘The life of Elder Sophrony was a miracle of God on earth, proof of His existence. And his demise was glorious, befitting his luminous life’. The late Elder Theoklitos Dionysiatis (†2006), who was never prone to fine words said: ‘If there’s a great hesychast alive today, who has lived the profundity of Orthodox hesychasm, and, most importantly, is able to convey it in writing, comparing it to other traditions, that man is Elder Sophrony’. Some people had their reservations about him, as is their right, but they can’t make much of a case. They should read his works again, more carefully, with greater humility and less prejudice and they’ll be convinced that they’re an extension of the Philokalia.

The words of Elder Sophrony, the Elder of the holy monastery Saint John the Baptist in Essex, confirm the enduring nature of the universal spirit of the Church. He said that not only Christians but even those who don’t believe are called upon to open their minds, transcend the narrow framework of nationalist tendencies or cultural traditions and to think in terms of the whole of humankind. I remember his last words to me, when I was sick: ‘Whether you get well or not, we’re the Lord’s’.

May his holy prayer forever accompany us!