More than 1,000 monks and nuns have sprung directly from the ‘root’ of Elder Iosif the Hesychast!

It’s estimated that more than 1,000 monks hand nuns have sprung directly from the ‘root’ of Elder Iosif the Hesychast. Because he had foreknowledge of this, the Elder didn’t allow his disciples to continue to live together after his death, but separated them, in an unusual step for the order of things on Athos. He knew in advance that they’d become Abbots and Elders of large coenobitic monasteries. When he was in the caves at Little Saint Ann’s, he was visited by Ioannis Bitsios, from Oranoupoli. This was at a time when he’d acquired three disciples: Elders Iosif Vatopaidinos, Efraim Filotheïtis, and Haralambos Dionysiatis. Mr Bitsios asked the Elder if these three young monks were part of his brotherhood and he replied prophetically: ‘See these young monks, Yanni? The time will come when these three will fill the Holy Mountain with monks’ This prophecy was fulfilled by the Grace of God, despite the obvious adverse and improbable conditions and complications. Because, quite apart from what it was likely for three young monks to be able to achieve, Elder Iosif the Hesychast was initially on the side of the Zealots. It was only after a revelatory vision and a divine voice telling him that ‘The living Church is with the Ecumenical Patriarchate’ that he returned to communion with the canonical Church, despite the hostility and slander he received from the Zealots. Everything was directed by Divine Providence- both his acceptance of these particular disciples, his estrangement from the Zealots and the way he separated his disciples into different brotherhoods. 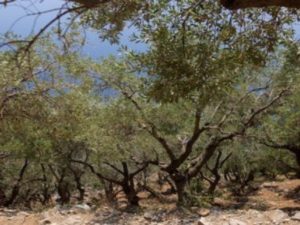 We believe that the fact that in today’s coenobia on the Holy Mountain, obedience is accompanied by the way of tranquillity, that there’s a marriage between these two, is mainly due to the blessed Elder Iosif the Hesychast and his disciples. As a genuine disciple, our own Elder Iosif received both obedience and the spirit of hesychasm from the blessed Elder Iosif the Hesychast. This spirit we also received from our late Elder Iosif and, with our humble powers, we’re attempting to preserve it and pass it on to those who are following us.