The understanding that, in cases of dire medical necessity, the life of the mother must receive primary consideration is valid Orthodox thought. However, recognition of the value of the life of the woman must be coupled with the understanding that the child is not expendable, but rather, that everything must be done to protect his life as well. Only in the last extreme of dire necessity is it condoned to forfeit his life when all other avenues of medical endeavor fail. In the words of Fr. Stanley Harakas:38

When the life of the mother is in jeopardy due to her pregnancy, then an exception to the prohibition on abortion may be allowed…Any decision of this sort should be made by the woman in consultation with her medical and spiritual advisors, as well as the father of the child. 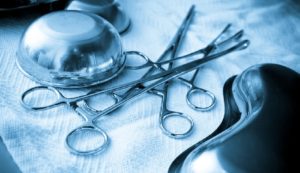 Then there is the consideration which must be given to the fact that the canons of the Church do not, as they are presently written, seem to address the “life of the mother” scenario as presented. There is no mention of life-threatening situations or life-saving techniques. Indeed, the canons do not speak to surgical abortion at all. They speak of “potions,” that is, chemical abortifacients which placed the life of the mother in almost as much jeopardy as that of her unborn child. Yet, though the canons speak to an antique understanding of the technology of abortion, their condemnation of the intent to abort is timeless. It is not necessary for the canons of the Orthodox Church to single out each and every method practiced by the modern abortionist in order for them to be “relevant.” It is only necessary for them to clearly separate the intentions of the abortionist from that of the physician; the former is a killer, the latter, a healer. The canons predicated in the very infancy of the Church are more than sufficient to enlighten Twentieth Century men on the doctrines of the Orthodox Church with respect to abortion.

Abortion and the “Defective” Child

There is one final “hard case” not included in the first three but which is often used to excuse abortion; that is the case of the “defective” fetus. Should a woman be allowed by law (and counseled accordingly) to abort a child who, when born, will suffer from a serious birth defect (such as Down’s Syndrome or spina bifida)? Actually, no Christian should even have to consider this supposed “hard case.” Although we may sympathize greatly with the family of a handicapped child and with someone who has been afflicted since birth with a debilitating and crippling condition, it is never morally acceptable to kill a human being because he does not live up to some arbitrary standard of perfection or because he may be an emotional and financial burden on his family. As Fr. Harakas puts it:39

In cases where the possibilities are high, or it is definitely known that the child will be born severely deformed or retarded, no exception can be made. Even such human beings are created in the image of and likeness of God.

In “Contemporary Moral Issues,” Harakas has pointed out, whatever the medical circumstances, any human being, however physically and/or mentally compromised, is created in the image and likeness of God. As such, Christ became incarnate for that person, suffered for that person, died for that person and will raise that person on the Last Day. To kill someone in the name of “compassion” is the antithesis of everything for which Christ and the Church stand. Compare this attitude with the attitude of the World and the Prince of the World as reflected in such proposals as that of Nobel prize winning geneticist Dr. James D. Watson, the co-discoverer of the double helix DNA code, who has seriously proposed:40

If a child were not declared alive until three days after birth,then all parents could be allowed the choice only a few are given under the present system. The doctor could allow the child to die if the parents so choose and save a lot of misery and suffering. I believe this view to be the only rational, compassionate attitude to have.

This is the philosophy and guiding ethic of the deadly political systems of Facism and Communism and it has become, by and large, the philosophy and guiding ethic of Twentieth Century America. This nation, which had as its foundation the Christian ethic, and whose cornerstones were the Ten Commandments and the Golden Rule, has embraced the poisonous, sterile creed of Secular Humanism. How far we have come from our Lord’s Commands, to “Love thy Neighbor” and “Love one another as I have loved you.”