Situations Not Caused By, But Involving Pregnancy

There have been cases where women severely injured in accidents or suffering from some other terminal medical problem such as stroke or advanced heart disease have been kept alive by artificial means in an attempt to save the child they carried. Usually, if all goes well, the child is delivered through spontaneous or induced labor or is taken by surgery at the earliest possible moment. In most cases the child is unaffected by the mother’s condition and will be perfectly healthy. After the birth, if no further medical intervention will benefit, the woman is allowed to expire naturally. In cases where the mother’s condition is not as extreme and life is still in evidence, the birth of the child has, in some cases, prompted a return to awareness and a start on the road to at least partial recovery. These are individual cases requiring expert medical and theological judgement and guidance, and are so rare as to be removed from generalized pronouncements on “life of the mother” considerations. 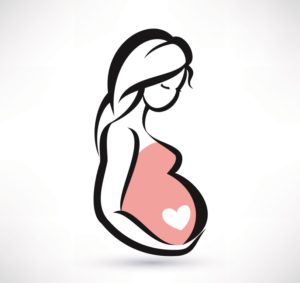 Further, most medical experts agree that, in cases where the woman’s condition is terminal, any attempt to save the child in the womb by medical intervention will not affect her condition adversely. And, in cases where the woman is severely injured but is not necessarily considered terminal, there is no present medical proof that the condition of pregnancy is deliterious or that termination of pregnancy is beneficial. As, in this medical scenario the pregnancy itself is not the cause of the woman’s condition but rather some other agency — such as trauma — has brought her into medical extremis, most physicians agree that there is little reason to consider abortion as a curative agent.

Included in the category of “life of the mother” situations, is the previously mentioned ectopic pregnancy, a condition where the newly developing child does not reach the uterus but remains in the fallopian tube and grows large enough to cause severe pain which leads eventually to the rupture of the tube and death for both mother and child. Another case would involve the need to remove a cancerous uterus or other part of the reproductive system, or to treat cancer in other organs through radiation or chemotherapy. These situations would either directly affect the child through surgery or, in all probability, lead to a spontaneous abortion brought on by the use of potent medicines or radiation. Then, of course, there are problems which may arise during a pregnancy, such as eclampsia, which can be fatal to both mother and child if not treated aggressively at their earliest stages.

Further Clarification of “Life of the Woman” Scenario

In further clarification of the “life of the woman” situation, it must be stated that, given the advances of medical technology, there are very few circumstances where such “either/or” situations exist. Childbearing has become extremely safe where proper prenatal care exists and where both the woman and child receive adequate medical care. Even a woman with a serious illness can successfully deliver healthy, normal children with proper care and medical attention. This is evidenced by the fact that, in the present situation of abortion on demand, statistically fewer than 1% of the 1.5 million abortions per year are allegedly performed because the pregnancy presents a danger to the life of the mother.

“Abortion” as Understood Within This Treatise

It is important to remember, however, that these procedures are not to be considered abortions in the understanding of that term as used within this treatise. While medically, the term “abortion” indicates the termination of a pregnancy before completion, either naturally or otherwise, the procedures just mentioned are not “abortions” as defined herein, because they are not an unprovoked and direct attack on the unborn child. Each procedure is done to alleviate a potentially fatal medical threat to the mother. Only with an ectopic pregnancy can the case be made that destruction of the child is the object of the procedure. In that unique case, however, the procedure must be done as the continuation of the pregnancy will lead invariably, and in all cases, to the death of both woman and child.