The Christian Understanding of Suffering

Those who are Christian however, have the promise that earthly sufferings are but as jewels in the Crown of Salvation. Like gold refined in the fire, we will be made more beautiful through suffering in Imitation of Christ. To counter the culture, the Church must strongly teach that avoidance at all costs of humiliation and suffering is not the Christian Way. Should a woman afflicted by a “crisis pregnancy” have both that teaching to console her and the support of her Christian community and the whole Church in her time of trial, the need to weigh one life against another will cease. Just as pastors and others minister to those of the Faithful who have suffered other tragedies such as the loss of a child or a terminal illness, so too the woman with a “crisis pregnancy” can be comforted and healed without abandoning the Church’s fundamental moral teachings or the child entrusted to her — and the Church — by God. 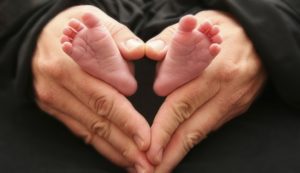 Above all it is necessary to reject the deceptive “solution” of abortion. Firstly, of course, because it is murder but also because it is a deception of Satan and leads only to more and greater tragedy. Abortion takes a woman who has pain but no sin and makes of her a worse sinner than the man who perpetrated the original crime. Should she threaten suicide in hopes of making the priest or lay counselor countenance an abortion, it is necessary to remember that such a threat is a form of emotional blackmail through which she may, in her pain, attempt to impose her will upon the godly, forcing them to do the ungodly. It is not permissible for a Christian to embrace or condone sin in the hope of preventing another from sinning. This is especially true when acquiescence will lead to the commission of a sin more grievous than that originally committed. While all humanly possible must be done to comfort someone who is emotionally distressed, it is a triumph for Satan when that comfort extends to the commission of sin — especially the sin of murder.

The Concept of “Health” of the Woman

Having considered the situations of rape and incest, there then remains the inescapable hard case, “life of the woman.” Here it is necessary to make a distinction between the concepts of “life” of the woman and that of “health” of the woman. The first situation means that a woman’s physical life is in serious danger; that, if nothing is done, death is inevitable (as in the case of an ectopic pregnancy). The second means that for a variety of reasons, a woman’s “health” (as defined by the courts) may be perceived as being affected adversely by the pregnancy. These reasons include social (the humiliation of a bastard child), financial (the “unplanned” fourth or third, or second, or even first child), physical (the desire to wear a bikini on vacation) or myriad other “reasons” which some psychologist, physician or abortionist can devise — often in order to tap into welfare funding. When it is suggested that abortion be limited to the three “hard cases”: rape, incest and “health” of the mother, one may be sure that the resultant situation would be just as it is now, abortion on demand through all nine months of pregnancy without any restrictions whatsoever.

The Concept of “Life” of the Woman

In the case of “life of” however, there exists an either/or situation; that is, either something is done or the woman dies. Often, if nothing is done, both mother and child will die. It is also unusual in these situations that the child can be saved even were it decided to choose his life rather than that of his mother. In such medical scenarios there is the understanding of “the salvageable life”; that is, the life which is most likely to survive the necessary medical procedures and in the vast majority of such instances, the salvageable life is that of the woman