Within the Church, oikonomia is supposed to be applied with utmost care and with an eye toward the perfection to which we are called as followers of Christ. It is also (properly) invoked with the intent of making a bad situation better, not worse. However, this practice means that possibly and under certain circumstances there can be a departure from the seemingly unchangeable position of the Church on matters which include morality. And because we no longer live in a Christian culture and many things which in the past would have been considered crimes are now presented as acceptable and even preferable, the practice of oikonomia is fraught with moral and spiritual perils. Any deviation however slight from the moral doctrines of the Faith in light of the present culture is perilous. The question now becomes: is there a place for the practice of oikonomia with respect to abortion and, if so, where is that place?

If such a place does indeed exist, it can only be in connection with the “hard cases.” This is made abundantly clear by the April 9, 1973 statement of Metropolitan Ireney then primate of the Orthodox Church in America:35

An abortion for convenience, at any stage of gestation, is a violent termination of life and therefore is contrary to the teaching of the Orthodox Church.

However, the Sixth All-American Council of the Orthodox Church in America in its “Resolution on Human Life” combined with the reiteration of that statement by Metropolitan Theodosius in his message to Bishop McGann said unequivocally that the tragic nature of conception does not rob a child of the protection of Almighty God. This clear and unqualified pronouncement as to the sanctity of the child even when conceived by rape or incest, effectively defines the doctrine of the Church with respect to those particular “hard cases.” Neither is this inimical to secular reasoning as we do not demand the death of the criminal for the crimes of rape or incest. As that is the case, why then should we demand death for the innocent child who is simply another victim? Still more, why should those who choose to defend that child’s right to live be castigated?

Comprehensive statistics indicate that rape and incest lead to pregnancy in only a tiny fraction of reported cases for a variety of reasons.36 Of course, that is no consolation for the women who comprise that fraction and who find themselves facing the double tragedy of the trauma of rape or incest further complicated by a decidedly unwanted pregnancy. Yet, of the women who choose not to abort the child so conceived, many of those interviewed have said that it was a wise and healing decision; in addition, that the child produced had been a joy and an emotional balm for their wounded minds and souls. Many of those who did decide to abort found themselves with the double burden of emotional trauma, first from the rape or incestuous relationship and second from the guilt and pain of the abortion itself. It is odd that in the case of those already wounded by grievous distress, we should choose to offer them further pain, suffering and death as amends. It is also necessary to point out that Christians cannot alleviate the pain of one individual, however great, by inflicting pain (and death) upon another, totally innocent individual. However pure the motive may be, the action is evil and therefore impermissible. 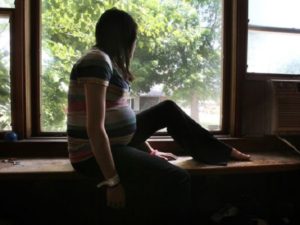 Ministry to the Rape/Incest Victim

As difficult and painful as it is to accept such a situation when it arises, it might be far less so if, in the Church, the doctrines on the sanctity of innocent human life were made clear from the beginning. It is too late to speak of the love of God for the child of such a conception to a woman who is suffering from the trauma of rape or incest. At that moment at least, she has precious little love to offer the innocent soul whom she perceives as an intruder in her body and who is, through no fault of his own, the result of a far more heinous intrusion. However, if Orthodox Christians knew the facts about the biological development of the unborn child and God’s love for him as a routine part of their catechesis (such as they are about other doctrines of the Church: the Trinity, the Virgin Birth, the Eucharist etc.), it would be far easier to witness to a pregnant rape or incest victim that the child she carries is neither evil nor filthy because of the nature of his conception, but rather, he is a part of God’s Divine Plan and must be accepted as such whatever arrangements will be made for him after birth.

Rape/Incest and the Threat of Suicide

There are those who believe that the risk of a possible suicide by the afflicted woman should be the determining factor as to whether to abort the child conceived by rape or incest. It should be understood that a woman who becomes suicidal especially after rape may do so whether or not she is pregnant. Further, abortion and the guilt it engenders have also driven women to suicide. There is no proof that either preventing or allowing an abortion will affect any eventual suicide attempt. Indeed, studies now underway show that between 50% and 80% of women who have had surgical abortions suffer psychological distress ranging from slight to severe.37

In Orthodox Christian morality, no one human being can be deliberately sacrificed in an attempt to prevent another taking his or her own life. The threat of suicide must be recognized as a cry for help to which the Church is uniquely qualified to respond.

With a further regard to suicide, the virtual acceptance by our society today of an act which was once considered the epitome of cowardice and blasphemy, is just a further example of our loss of reverence for life. Suicide removed from Judas the possibility of repentance and reconciliation. It is pride, the first deadly sin, and despair born of pride which tells a man that he has the right to reject God by rejecting His first and most Blessed Gift, Life. In willful self-destruction motivated by the overwhelming desire to have human will triumphant over the circumstances of life we can best see Satan’s blasphemous rejection of God and His Love.