The March of Secularism

Over the last month or so, we at Pemptousia have run a series of articles in which prominent members of the Church (Abbot Efraim of Vatopaidi, Metrop[olitan Nikolaos of Mesogaia and Lavreotiki and Metropolitan Ierotheos of Nafpaktos and Ayios Vlasios) have expressed their concerns about the directions being taken by Western culture and the effects these may have on Orthodoxy. Abbot Efraim also relates how he tried to explain to a distinguished person in Western society, one who is interested in Orthodoxy, about noetic energy. He didn’t get very far, so he moved on to humility. As you know, if you read Words of Life, humility is very highly valued by the Fathers and the modern Elders, but this prominent figure replied that in the West humility is seen as a sign of weakness. Also in Words of Life, Saint John Kronstadstskij says: ‘But the soul must always see with the eyes of the heart, even when it’s asleep’. This is commonly accepted in Orthodox theology, but would be meaningless to most people in the West.

We also had an excellent talk by Elder Iosif on Humanism and this was supported by our own Petros Panayiotopoulos, a physicist and a doctor of theology, who, in a speech at CERN (European Organization for Nuclear Research) recently, analyzed the relationship between the sciences and religion. 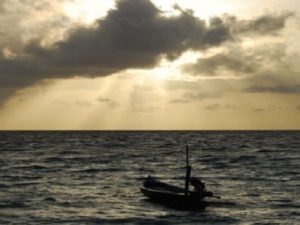 Essentially, the roots of the problem are to be found in the differences between Western humanism and Orthodox spirituality (as Panayiotopoulos points out, Basil the Great, Gregory of Nyssa, John the Damascan and Gregory Palamas all integrated the scientific knowledge of the day into their theology, but this was not the case in the West). This is not going to be a triumphalist piece. We mustn’t behave like the vain Pharisee and gloat over the fact that we are possessed of the treasures of Orthodoxy. On the other hand, it is still true that we do, indeed, possess these treasures and that, while we’re prepared to share them, we’re not willing to abandon them.

Humanism- in the sense I’m using it here- is the attitude that human beings, individually and collectively, are best served by rational thinking and dependence on evidence available to our senses rather than revelations of divine Grace. (Not to be included in this definition is Renaissance Humanism, which was more of an educational and literary movement aimed at studying the classics).

It can be argued that this attitude goes back to certain Pre-Socratic philosophers, notably Protagoras, who wrote: ‘Man is the measure of all things’. Except he didn’t. The Greek text means: ‘People are the measure of all useful things, of all the things they use’, which is not quite the same, though the mistranslation is, in itself, revealing.

One example of this conflict in the Church is that of Scholastic theology, which claimed that God is knowable by the path of human reason. There were, of course, mystics in the West (in England, Julian of Norwich and the author of the Cloud of Unknowing) who took a different view. Perhaps the best known example, however is the confrontation between Barlaam the Calabrian and Saint Gregory Palamas, where Saint Gregory demonstrated, to the satisfaction of the Orthodox Church, the necessity of the action of divine Grace.

In the West, however, rationalism continued to thrive, as it had every right to do, in the sciences and philosophy, but also in the Church, which increasingly responded to scientific advances by using rational apologetics, instead of theology.

Where has this brought us to today? Rationally, all people are equal. We all have the same ‘human rights’. No one questions these now, though, in fact, they were drawn up, quite arbitrarily, after World War II. I say arbitrarily, because, in the West, for example, it may be a ‘universal human right’ to marry who you want to, but there are many states in other parts of the world which are signatories to the Declaration but do not permit this.