Abortion — the Ultimate Denial of Christ

Finally, to consider as an option for situations other than that of life and death the murder of a human being whose only fault is that he occupies the body of an unwilling fellow human being through no fault of his own, is to take the path of Fallen Adam who by disobeying God, chose a life apart from Him. In the same spirit of Adam’s “choice,” by the spilling of innocent blood through abortion whether directly — by having or performing an abortion — or indirectly — through counseling, promoting, providing, condoning or even, yes, ignoring abortion — we remove ourselves from the Salvation of Jesus Christ.

The Great English philospher, Edmund Burke once said, “It is sufficient for evil to triumph when good men do nothing!” And since oikonomia is correctly applied only in an attempt to restore God’s Plan of Salvation, obviously, abortion cannot be considered as a legitimate object of oikonomia whatever the circumstances of pregnancy since it violates both the Sixth Commandment — “Thou shalt not murder” — and Christ’s Great Commandment, “Love thy Neighbor.” Finally, once an abortion has occurred, only true repentance combined with a sincere change of heart can reinstate the guilty party (ies) into the Community of the Church, a relationship that leads to Eternal Life with Christ as He has promised. 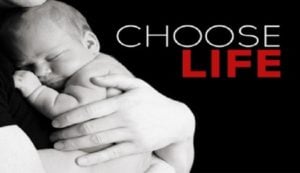 The Nature and Responsibility of Christian Love

There are those who sincerely believe that in the tragic circumstances of rape and incest, the “solution” of abortion provided by the Church through the application of oikonomia, represents an acceptable and even a superior expression of Christian love. However these well meaning but deluded individuals should consider the words of the great Christian writer C.S. Lewis in his essay, “Divine Goodness.” In this work, the author presents a comparison between a human, perverted understanding of love and the true nature of Divine Love.

By the Goodness of God we mean nowadays almost exclusively His lovingness; and in this we may be right. And by Love, in this context, most of us mean kindness — the desire to see others than the self happy; not happy in this way or in that, but just happy. What would really satisfy us would be a God who said of anything we happened to like doing, “What does it matter so long as they are contented?” We want, in fact, not so much a Father in Heaven as a grandfather in Heaven — a senile benevolence who, as they say, “liked to see the young people enjoying themselves,” and whose plan for the universe was simply that it might be truly said at the end of each day, “a good time was had by all.” Not many people, I admit, would formulate a theology in precisely those terms: but a conception not very different lurks at the back of many minds. I do not claim to be an exception: I should very much like to live in a universe which was governed on such lines. But since it is abundantly clear that I don’t, and since I have reason to believe, nevertheless, that God is Love, I conclude that my conception of love needs corrections.

Lewis goes on to say that:

…love is something more stern and splendid than mere kindness…”There is kindness in Love: but Love and Kindness are not coterminous and when kindness (in the sense given above) is separated from the other elements of Love, it involves a certain fundamental indifference to its object, and even something like contempt of it…Kindness, merely as such, cares not whether its object becomes good or bad, provided only that it escapes suffering…If God is Love, He is, by definition, something more than mere kindness…though he has often rebuked us and condemned us, He has never regarded us with contempt…He has paid us the intolerable compliment of loving us, in the deepest, most tragic, most inexorable sense.

It is Divine Love which Orthodox Christians must both practice and expect from one another.

It is Divine Love, which demands that we tell and be told the truth especially in matters affecting our salvation such as abortion.

It is Divine Love which insists that a woman be told that she may not murder the child within her body however much pain she must endure bringing that child to term and giving him the life which Almighty God, in Divine Wisdom and Love, has decreed.

It is Divine Love which believes a woman’s salvation as well as the life of her child is more important than the momentary surcease of physical, psychological, emotional or financial distress.

It is Divine Love which is far superior to the contemptuous temporal “kindness” which prompts a counselor/confessor to offer what seems the easiest solution even where the consequences of that solution are deadly to all involved.

It is Divine Love which speaks out against abortion at all times and in every way.

It is Divine Love which placed Christ upon the Cross.

It is Divine Love which Christ had for us and that we must therefore have for one another, born and unborn, as He commanded: “Love ye one another as I have loved you.”