As the psychoanalytical dialogue progresses through its various stages (which, for the moral conscience, are particularly sensitive), the patients’ attitude toward their personal responsibility for creating and maintaining these moral conflicts manifests itself quite clearly. Experienced psychotherapists and psychiatrists, however, know that neurotic people, who are experiencing an existential moral problem, will never admit that the symptoms of their mental disharmony or disorder are the result of the way in which they are experiencing this moral conflict. Patients always insist that the problem is pathological/anatomical, and for this reason never think to visit a psychiatrist but rather insist on visiting general practitioners, cardiologists, surgeons, and every other kind of specialist except a psychiatrist. And, as prominent psychiatrists testify, often, since the neurotic symptoms are also organic, many specialists also see neuroses as organic illnesses involving the heart, the stomach, the intestines, the peripheral nerves, the bladder, and other organs of the human body. So it is not always possible for doctors and those to whom the neurotic sufferers are linked to recognize that they are experiencing an existential moral problem. The German psychiatrist von Uexküll notes that neurotic people live their lives just like other people, with no obvious abnormalities. They may have considerable professional success and seem very well adapted to social life. The latter may explain why we are generally unable to identify the extent of this neurotic phenomenon in social life. 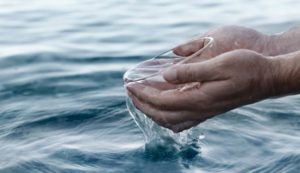 However, the neurotic person’s tightly concealed experience of a moral problem demonstrates that neurosis, as the experience of repressed feelings of guilt, is in fact a sickness of the personality’s character. Despite the fact that experts disagree as to the existential meaning of neurosis, all those involved with the problem of the interpretation of neurosis agree that this mental disharmony is a sickness of the personality’s character. One might say that this officially confirms the moral character of the neurotic person’s mental conflict. It also verifies the unconscious way in which this repressed conflict is experienced, i.e. ultimately as the repression of the moral conscience and as feelings of guilt.

Of course, this description of the modern person’s spiritual state is not unique to the modern era. In their basic attitudes toward life and its problems, human beings are certainly always the same. One era, regardless of how pivotal it may be and how much it may subvert the basic ways of life, could never change the essence of human behavior in the face of life’s problems. Rather, a pivotal era may simply test and strain certain weaknesses or certain inadequate mental coping mechanisms. In no way, however, could it substantially alter human behavior. Thus, modern psychological research and psychotherapeutic practice simply constitute an impressive vista onto the basic form of human behavior, which always involves people’s dissociation from their moral consciousness. And that is why it falls within the domain of the regenerative work of the Church of Christ, because the central problem the Church of Christ confronts within its redemptive sphere, and the main goal of its regenerative efforts, is always the experience of the moral conscience’s demands in the light of the Gospel imperatives.

This reality, then, that the Church highlights as the prologue to and essence of the human drama, is being uncovered today by depth psychology and underlined in a shocking way by psychotherapy. Indeed, the findings of psychotherapeutic practice, which are encapsulated in Igor Caruso’s basic position, highlight in a modern, i.e. impressive, way this fundamental teaching of the Church. According to Caruso, neurosis is a sickness of the bad conscience, i.e. of the conscience which represses itself, of the guilty conscience.

This encounter between psychotherapy and the Church’s teaching is a constructive partnership in the realm of existential thought. And one cannot deny this fact without…pangs of conscience! So even here the guilty conscience serves as a provocative presence!