The hierarchical order of beings according to Saint Maximos

Beyond the fact that, as we learn from biology, there really is a gradual development in the way that things are ordered (that is, a plant is more organized than a stone, since it is alive and has all the functions which characterize living species, whereas an animal has a much greater degree of organization than a plant, since it’s equipped with many more functions related to what Maximos calls ‘awareness’ etc.) it is the way we humans  are configured psychodynamically that demonstrates the truth of Maximos’ claim. And the psychodynamics- the forces that underlie our behaviour- of the human person are of great importance in expressing who were really are; it’s not merely psychologism, that is, interpreting things in subjective terms. From a psychodynamic point of view, the priority for each person is other people. 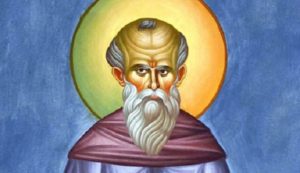 And then, it’s animals who play a great role in the acquisition of self-knowledge and of the skills related to the attribution of certain features associated with various personalities. Hence Aesop’s Fables and so on. Whereas plants, the stars, all material objects are there more for decoration, for the ‘surroundings’, within which what we call animate beings operate (people and the anthropomorphized animals in fables).

To be more detailed, let us look at an example: for any mother, her children have priority over material goods. She would rather go hungry herself if it meant feeding her children. For her, persons have priority over things. Materials acquire value more as an offering to persons: for a mother, food mainly means something she gives her children rather than something which is a value in its own right. And then, again, people relate more easily to animals than to something which doesn’t have the ability to feel.

So people differ from all other beings in that we’re the only ones who are capable of reason. What should concern us is the meaning of this rationalism, since this is our main characteristic. What is truth? We should say at this point, that Western philosophy often misunderstands this meaning of ‘rationalism’. It usually defines it as the sum of what we call ‘rational principles, those included in the philosophical branch of Logic, some of these being: ‘identity’ (each being is identical to itself); ‘contradiction’ (it’s not possible for something to be valid and invalid at the same time) and so on. True as they may be in certain circumstances, from some points of view, they aren’t valid, either in the insights of everyday life or those of science. For example, we can all see that, although people remain the same, they also change radically. The human body alters greatly, human psychology changes completely, the character changes, and so on. This is the problem of human identity. What remains the same? Objectively, nothing, which is why some extreme philosophers reach the point of saying that this ‘identity’ is a myth – though we need not concern ourselves here with disproving such nonsense. The fact is- and we accept this as axiomatic in our daily lives- that people can change drastically and yet remain the same (perhaps the most striking example being the moral transformation of a person). By the same token, if you ask physicists what existed before the Big Bang, they’ll reply: ‘The question has no meaning, since before that there was no time’. And if you insist with: ‘What caused the Big Bang’, they’ll come back with: ‘The notion of “caused” is linked with time, and, as we told you, time was born with the Big Bang’.