What is a miracle?

‘I know you to be a treasury of miracles and source of good things, John, curing the passions of sickness and foiling the actions of the demons; and I beseech you now to save me from the evils of corruption’.

What we call a miracle is a strange, inexplicable event which causes amazement because it’s a challenge to natural laws. A miracle means an achievement ‘impossible’ for us humans. Holy Scripture recognizes the hand of God in all things, revealing His power and love to those who believe in Him. 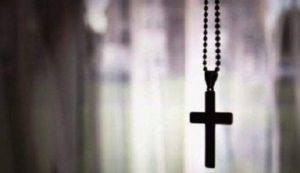 The universe of creation, with its stable order, is ‘miraculous’ as are God’s exceptional interventions in history. A miracle presupposes faith, but, at the same time, strengthens it. Jesus Christ declared that the Kingdom announced by the prophets was present in His person. Jesus’ miracles demonstrated His divinity and were not arbitrary actions performed for show. They affirmed to His disciples that those who believe in Him would also perform other, even greater miracles. When, on the other hand, He encountered disbelief and hardness of heart, he refused to perform ‘many mighty works’.

This is rather like the sign of Jonah the prophet for the adulterous and wicked generation, which, however, through their own reluctance, they seem not to have received.

Christ has not ceased to perform mighty works and miracles in the Church. He promised the Holy Apostles that He would be with them all the days of their life, until the end of the age and that these signs would accompany those who believe: ‘in my name they will cast out demons; they will speak in new tongues; they will pick up snakes with their hands, and if they drink any deadly poison, it will not harm them; they will lay their hands on the sick, and they will be made well’.

True to His word, He grants us His blessings today and always, in response to the requests of His children. He uses the saints as part of this communication. As friends of Christ, they can pray for their friends who are striving on earth. And God responds and performs ‘mighty works through His saints who have pleased Him, in each generation’.

Miracle of Saint John the Russian

As a faithful servant of God, Saint John the Russian received the grace of miracle-working and this is why the faithful rightly regard him as protector of the poor and those in sorrow, a haven providing a refuge from the turbulent seas of this life, a salvation in disaster, an inexhaustible river of gifts, a fount of blessings and an eternal source of healing. His miracles are many, and quite enough to inspire us ‘to praise you and with desire to hymn and venerate and magnify your God-pleasing works’.

It is also likely that they give pause for thought to those arrogant and irreligious souls who display the harshness of Pharaoh, without expecting anything from an unknown God, ignoring the fact that ‘nothing will be impossible for God’.