“Pemptousia”: What are your impressions of the Alba Iulia conference?

“Cornelia Delkeskamp-Hayes”: I have participated in those conferences since 2009. This privilege was made possible by  a great Romanian priest and dear  friend in my neighborhood, Reverend Stefan Anghel from Offenbach. Through his recommendation, I, and thus also Herman Engelhardt, were able to experience the uniquely loving hospitality of the then Archbishop Andrej, and of Father Professor Emil Jurcan, the dean of the theological faculty. Father Emil meanwhile has extended his own paternal welcome to four of Herman’s former students and more recent friends. 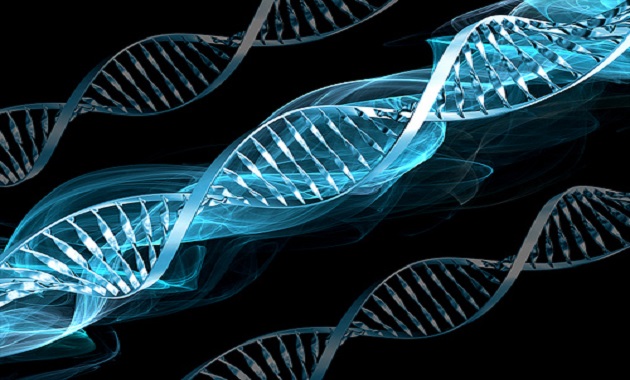 The faculty in Alba Iulia is special in the sense of having been shaped by that great episcopal pastor. Even though he now serves as the Metropolitan of Cluj, the spirit of friendship he was so uniquely able to nurture is still present. I feel very blessed to witness such a group of priestly scholars. With Romania’s entering the European Union, those professors now confront academic quality criteria which reward international publication and participation in conferences much more than presence with and dedication to students. Still they carry the one-ness nurtured by their common church services into their daily exchanges with each other. Each time moreover, we guests from the West were not only treated to many wonderful Vespers and Liturgies in town, but were also taken to impressive monasteries in the area. So the academic part of the conference is always richly embedded in the fullness of church life in that blessed region.

This time, the subject, appropriate for the anniversary of the Milan proclamation of religious tolerance in 313,  concerned the relationship between Church and state.  The organizers did not only, as in previous years, manage to have all presentations published for distribution at the conference itself. This time, and with only the barest minimum of assistance from outside, they also undertook the immense labor of love to translate literally all Romanian contributions (i.e. the vast majority) into English. Thus we foreigners were able to profit so much more than in previous years from the work presented by theologians and historians from all over Romania. Both in view of the challenges membership in Europe presents for a traditional Orthodox nation and also in view of Romania’s own political and Church history, these essays are worth closer study. Let me mention just some very few presentations relating to the first of these issues: They  impressed me for their ability to combine academic excellence with Orthodox integrity. I am thinking here of Prof. Mihail Teodorescu from Târgovişte (Christ’s call and the constraints of a pagan society), Prof. Gheorghe Istodor from Constanţa (The impact of the Edict of Milan on pre-Christian and post-Christian paganism), Prof. Dan Chiţoiu from Iaşi (State-Church relationship in early Byzantium and the role of philosophy), and Prof. Simion Todoran from Alba Iulia (State-Church relationship – an argument based on the New Testament). I hope, those English translations will enhance the international echo such presentations deserve.

What I find most moving however is the inspiration Romanians derive from the presence, all over the country, of their recent martyrs. I was able to witness some of the struggles which accompanied Romania’s attempt to recognize the sainthood of these martyrs. In previous years, Herman and I had been taken to some of the places of their suffering, both around Alba Iulia, and close to Bucharest, at the occasion of other conferences.  It literally seems as though those martyrs are powerfully at work in the churches which keep their relics, and among the faithful, even in the university. I sincerely hope that Romania, both as a new member state and through its many diaspora parishes, will bring that spirit of living martyrdom into the European Union, where it is sorely needed.

“P”: You live in Germany and travel throughout the Western world. How do you see the role of Orthodoxy in the West today?

“C. D.-H.”: Your question contains a little temptation, the temptation to think that Orthodoxy “today” and in the “Western world” has a different role from the one it played always and everywhere: to bring those outside the Church into the Church, and to help those “within” to live up to their calling towards life “as Church”.

But your question is, of course, still pertinent. It points to specific impediments which make it difficult for Orthodox Christians to serve their mission in the West today. This is a post-Christian world. It is in the process of abandoning its once Christian bearings. As a consequence, those outside the faith believe they know all about the Christianity they reject. While their life goes well, they settle for earthly comfort. When things go wrong, their long habit of despising those who seek refuge in religion stifles their ability to cry for Divine help. Among those who confess Christ, on the other hand, most have left established Christianity and instead idolize their own un-illumined feelings and opinions. All others who still maintain links with a local parish are so comfortably embedded in their communal settings that going after the fullness of the Christian life seems too costly, socially speaking.

The dominant, Enlightenment-framed Christianities in the West no longer consistently confess the Holy Trinity, Christ’s Divine-human nature, or His bodily resurrection. Their faithful honestly believe that to follow Christ by loving their neighbor is tantamount to serving that neighbor’s needs, or advocating that such needs should be socially provided. They disregard those neighbors’ (as well as their own) eternal needs. They are forever tempted to confuse Christianity with a pursuit of social justice, the demonic character of  which Dostojewsky’s Grand Inquisitor has so well portrayed. This character (as usual!) does not manifest itself “as evil”. Instead, it hides behind a policy of distracting from what is good. Enlightenment-informed Christians have dropped the idea of a Divine Judgment at the end of time, a judgment whose outcome is contingent on their way of living and dying. This is why these Christians are unable to experience the evils that befall them and others as a Divine loving call to repentance. Holding all people to be blameless in the eyes of the Lord, they are vulnerable to the temptation of counting such evils as a disproof of that Lord’s effective benevolence and, eventually, His existence. The social state then offers a ready replacement.