A Cure for Depression from St. Silouan the Athonite

The greatest plague of the 21st century is not AIDS, nor cancer, nor the H1N1 flu, but something that affects much more people in ways we can barely start to understand: depression. Reportedly one in ten Americans suffers from one or the other forms of this malady. The rates of anti-depressant usage in the United States are just as worrisome. A recent poll unveils that one in eight Americans is using them. Prozac, Zyprexa, Cymbalta are not strange alien names anymore, but familiar encounters in almost every American household. Even children approach the usage rates of adults. These are very high and paradoxical numbers in a country where all are free to enjoy “life, liberty and the pursuit of happiness.”

Even in times of crisis, Americans have a better life than most countries in the world, in all respects. Just glance over to the life of the Christians in the Middle East, and you’ll realize the blessings we enjoy every day. Most of us have a job, a house, a car or two, enough food, education, equal opportunity, religious freedom to name just a few. Practically we shouldn’t be in want for anything; yet, every tenth person is longing for something, is missing something so bad, so important, that they cannot cope with this need on their own. This explains the usage of drugs; with them, the negative aspects of life can be more easily coped with. They are a crutch that helps people move along with their lives for a short while.

But a crutch is still a crutch; it can only take one so far. The depressed man needs a different cure, one that will take care of the root of his problems, will erase his desperation and offer him a new lease on life. A cure, however, cannot come without the understanding of the underlying disease. So, this begs a question: why is America depressed? What are we still missing in the abundance that surrounds us?

A short answer is: we miss God. We may think we miss something else, we can justify our depression by creating some imaginary needs, but at the end of the day, we miss Him. He has created us for a purpose: union with Him unto eternity. Losing sight of this, we lose it all and, in our shortsightedness, we keep longing for something we don’t know we have lost. It all goes back to who we are, what are we doing here and where we are going; it is back to the basics.

In the midst of the information revolution, the world wide web and the boom of technology, man still yearns for the same fundamental things: purpose and direction. The secular society can’t give him either. The purpose is temporary, ceasing to exist when life expires, and the directions one gets are so contradictory that they end up canceling themselves. So man is confused, lost and at the brink of despair. He is thirsty, but there is no well of life, he is hungry but there is no food for his eternal soul, he is lonely and he has no man. 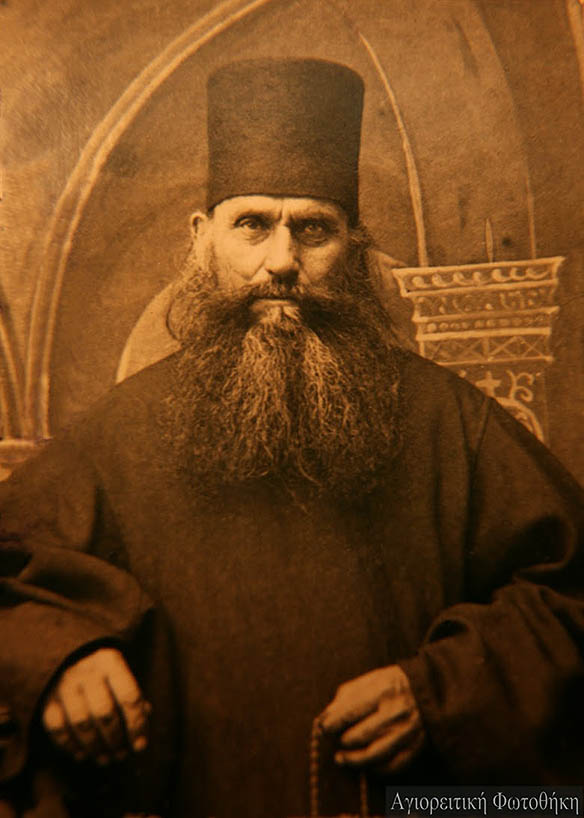 So what to do? In an interview I recently read (you can find it here, it is very edifying), the Archimandrite Sophrony Sacharov, of blessed memory, at that time a younger monk, was asked by a visiting priest: “Fr. Sophrony, how will we be saved?” Fr. Sophrony prepared him a cup of tea, gave it to him, and told him, “Stand on the edge of the abyss of despair and when you feel that it is beyond your strength, break off and have a cup of tea.” Obviously this was a very odd answer, and the young priest was definitely confused. So off he went to St. Silouan the Athonite, who lived not far from there, and told him everything, asking for advice. Long story short, next day, St. Silouan came to the cell of Fr. Sophrony and the two started a conversation about salvation. The beautiful fruit of their conversation was an unforgettable phrase that I would like to also offer as the answer to our conversation today about depression: “Keep your mind in hell and despair not.”

At first glance, St. Silouan’s take on salvation is not less strange that Fr. Sophrony’s initial answer, but it actually makes great sense. In traditional Christianity, the difficulties of life, the hardships are assumed as part of our fallen existence. Our bodies and our minds suffer the torments, but this is nothing but a temporary stage. The ascetic Fathers considered them as tests on par with the athletic exercises, very useful in practicing and improving the powers of the soul like patience, kindness, hope, faith and so forth. We keep our mind in hell when we consciously assume the pain of living in a fallen world, when we learn from this passing agony to avoid the even greater torture of an eternity without Christ. But there is hope in this suffering because Christ himself has suffered them first and has opened for us a way out of despair, a way out of pain, a way out of death. Christ is the well of life, the bread of eternity, and the only Man we need.

So as Christians we keep our minds in hell and we despair not, but courageously give glory to God in all things, even in pain, hoping, always hoping, in our Savior, the only One who can take us out of the brink of despair and set us for a new life in Him. In Him we put our hope, in Him we find our purpose, and on Him we set our goal.

Through the intercessions of our Father among the Saints Silouan the Athonite, through the prayers of Fr. Sophrony of Essex, of all the ascetic Fathers and all the saints, O Lord of compassion and hope, have mercy on us and save us!