An Acquaintance with the Works and Thought of Elder Sophrony, Essex

Elder Sophrony (Sacharov) has been called ‘a leading Church personality[1] who lived and presented the Christian life in practice, in its theological entirety’[2]. As regards content and the depth of experiences they describe, his works have been likened to the spirit to be found in texts by Symeon the New Theologian and Gregory Palamas[3]. His basic contribution to Orthodox theology in modern times is considered to be the way in which he highlights the Hypostatic Principle in God and humankind.

The person, or hypostasis has always been of prime importance in Orthodox Patristic theology, from the very beginning. The importance of the person has once again been highlighted in the circles of Orthodox academic theology, generating concerns which in some instances have occasioned intense discussion. But Elder Sophrony has brought it back dynamically and, in a robust manner of expression, has presented it in a way that people today can find readily accessible. This is why he has been called ‘the theologian of the Hypostatic Principle’[4]. Indeed, it might not be possible to say about any other empirical theologian that this principle pervades all their views, to the last detail, to the extent that it does in the work of Elder Sophrony. As we shall see, this phenomenon gives a feeling not only of distinctiveness, but perhaps even of uniqueness to his writings. This uniqueness springs from the empirical content of his works. This view is confirmed by the way he wrote We shall see Him as He is in the first person singular. The author’s theology is presented in tandem with his spiritual autobiography[5]. 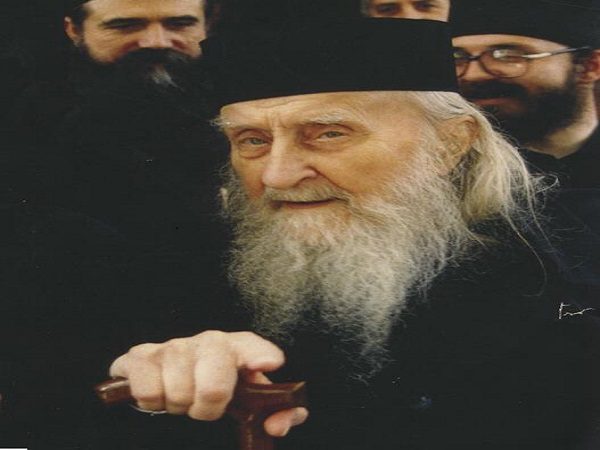 But this intensely empirical nature of the texts can create difficulties and problems in terms of understanding them, at points where the external form of the discourse has, of necessity, been sacrificed for the sake of the essence of the content. Approaching the works is difficult and there is a dangerous likelihood of misinterpretation, given that the experiences described are beyond the ken of the vast majority of people. According to the Elder himself, what spiritual people see and experience in their spiritual life can often seem to others, who are not spiritual, to be the result of psychological illness[6]. It is clear, then, that these texts are not readily accessible, if any approach to them is made exclusively through a literal appraisal. So there is a need for a more ‘universal’ participation on the part of readers or scholars to delve deeper into the author’s meaning and train of thought. This indicates that the works of Elder Sophrony are a most fertile ground for the study of the relationship between empirical and academic theology.

The experience of contact with the Uncreated, which is recorded in the texts we are studying, has, for centuries now, been the basis of Orthodox theology. Orthodoxy and Orthopraxis (‘Thinking correctly’ and ‘Acting correctly) are not two different things, but two sides of the same coin: of the true union and communion between God and humankind. The truly righteous life presupposes a proper notion of God[7].

Although Elder Sophrony was primarily an outstanding empirical theologian, he was, as we have mentioned, no stranger to academic theology either, nor to intellectual concerns in general. He believed that academic theology, in association with living faith, could bring healthy results. He did, however, make clear that there is always a danger of the ‘degeneration’ of theology into abstract theory[8]. He himself followed empirical theology, which is nourished with the prayer of repentance and the vision of the uncreated light[9].