In Defence of Translators Everywhere

In the recent article by Theodoros Rokas on the Sign of the Cross in the Old Testament (http://pemptousia.com/?p=25778), mention is made of the book of Deuteronomy and this brought to mind a common misconception: that it is from a Greek mistranslation of the Hebrew phrase at Deuteronomy 17:18 (mishneh ha-torah ha-zoth, which means ‘a copy of this law’) as to deuteronomion touto– ‘this second law’.  This is a serious accusation on two counts: a) it implies that the deuteronomion is not the same as the first, which would have outraged people at the time, and would still offend today; and b) it suggests that the translators didn’t know what they were talking about. 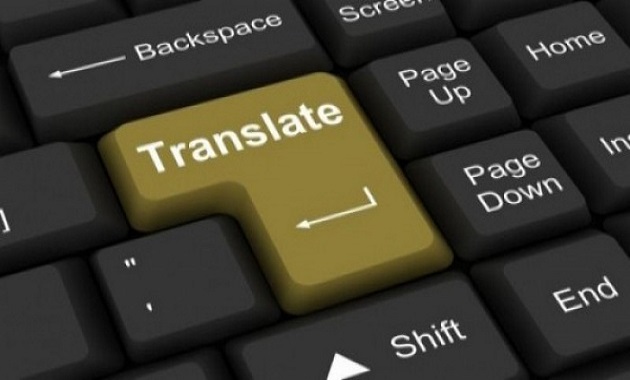 But we should be very careful in claiming that our Greek is better than that of people who spoke it, and Hebrew, fluently and lived closer to the time when the texts were being shaped. One might as well argue that πρωτεύουσα means “the first”.  It does, but it also means “the capital city” and, in grammar “the main clause”.  By the same token, deuteron in Greek does mean second, but it also means, by extension, “not the first”. Thus we have, in grammar, the δευτερέυουσα, which means a subsidiary clause, (even if, given Greek periodicity, or sentence structure, it may be the one hundred and fiftieth rather than the second). Similarly, in a parliamentary debate, for example, δευτερολογία means “a response”, or “an elucidation”. So “Deuteronomy” is not actually a mistranslation at all. It simply means that the book is a recapitulation or “copy”, and expansion or elucidation, of the first law. In which case, the translators were correct.

But even when they do get it right, it doesn’t always stay so. Rather like the old record from the 1960s, “Look what they’ve done to my song” (“Well it’s the only thing that I could do half-right and it’s turning out all wrong, ma”). One of the most eminent scholars of his or any other time, a gifted linguist and translator, was Constantine the Philosopher (Saint Cyril) who, with his brother, Saint Methodios and their disciples, was responsible for the first translation into Slavonic of the Scriptures and Orthodox service books. The major problem he faced was not merely translating, but in forging a new vocabulary from the Slavonic words available at the time, in order to convey concepts already established in Greek.

Now, it is inconceivable that a man of his education and breadth of knowledge did not know that “Orthodox” is a compound word derived from ορθό– (“right, correct”) and δοκέω (roughly, “to think”). The problem was that δοκέω doesn’t merely mean “to think”, but also carries the sense of “to seem to be good” or “to approve”. So Ορθοδοξία actually meant something like “thinking correctly and expressing things fittingly”. Faced with this problem, Constantine and his collaborators came up with the solution of право (pravo “correct”) and словие (slovie, from slovo, something like “wordsmanship”), therefore “correct formulation”, a very neat solution. At some, rather early, stage, however, a confusion arose between δοξία (dhoxia) and δόξα (dhoxa=glory). Now it just happens that in Slavonic the word for “glory” is слава (slava), rather similar to слово (slovo), so the word for ‘Orthodoxy’ became православие (pravoslavie=right glory), another fine notion, but not what was originally expressed.

These things have a way of taking hold, however, and are not easily corrected. Look what happened to Saint Maximos the Greek when he tried. Yet one has to ask what on earth a Slav (nothing to do with slava!) makes of the term дорүносима in the Cherubic Hymn at the Great Entrance in the Liturgy. It literally makes as much sense as “dory-bearers” would in English. To be fair, one suspects that not many Greeks are familiar with the concept of δορυφόρος either (except in its modern meaning of “satellite”), any more than English people today would understand “huscarl”, the equivalent at the time in Anglo-Saxon. Fortunately, Fr. Ephraim Lash has translated it felicitously as “escort”. Another example, would be the end of the troparion “Lord, save your people…” which in Slavonic is “и Твое сохраняя Крестом Твоим жительство”, a word for word translation of the Greek (καὶ τὸ σὸν φυλάττων, διὰ τοῦ Σταυροῦ σου πολίτευμα “and your, guarding by your Cross, habitation).

This phenomenon is not, of course, confined to any particular culture. In the Anglosphere, some people are emotionally attached to forms of words which no longer reflect the true meaning of the original translation. What, for example, do people today understand by “the Holy Ghost”, “very God of very God” (=true God from true God), “the quick and the dead” and so on.

When Oscar Wilde was in America, he went to a saloon in Leadville, Colorado, where he saw the sign: “Please do not shoot the pianist. He is doing his best”. Perhaps the same forbearance may be extended to us translators.