Our Relationship with God: 2. The Patriarch Jacob

In the continuation of this sacred history, we see that the relationships of men become increasingly more tragic. For example, the son of Adam, Cain, offered an abominable sacrifice to God which was rejected. Full of envy and fratricidal hatred, he murdered his brother Abel. Certainly, as all of the generations of men lived under the judgment of the fear of death, they continued to be corrupted by self-love and the struggle to survive, and in this deception they became capable of every crime.

In the monotonous course of the ages, only a few righteous men were able to preserve some of the traces of the knowledge of God of the first-created. Having kept in their consciousness a little light of reverence towards God, they were able to strive towards a good relationship with Him. In the light of this relationship they were given, in a prophetical way, to experience states which foreshadowed the grace and truth that would come from heaven in the fullness of time.

One of the very ancient examples given to us in Holy Scripture is the case of the Patriarch Jacob. Self-exiled in the desert and suffering much hardship, the righteous Jacob wanted to return to the house of his father Isaac. He was confronted with a fearful dilemma. If he remained in the desert he would deteriorate beyond redress and if he returned he would not escape the fratricidal fury of his brother, the beastly Esau. Full of grief because of this human impasse he took refuge in prayer to God. He struggled all night humbling himself in order to find contact with God. At dawn, he felt the divine presence and intensified his prayer, saying to God that he would not leave Him if He did not give him His blessing. Then God spoke to Jacob and gave him a word heavy with meaning: ‘Because you have been strong with God, you will be strong with men.’[1] 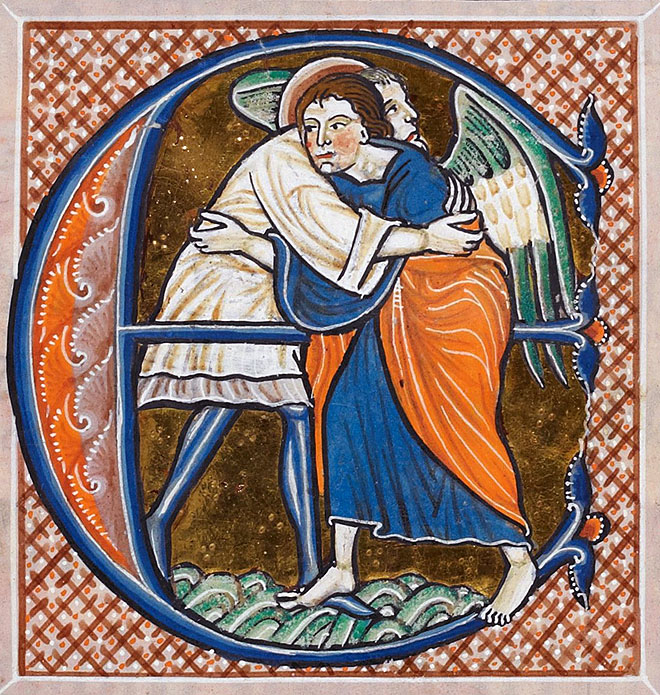 Already the next day, Jacob sealed and protected by the blessing of God, went out to meet Esau. While previously Esau had pursued his brother with an army in order to kill him, he now fell on the neck of Jacob and cried. Thus brotherly love was re-established between them. Furthermore, as the Scriptures bear record, God’s blessing upon Jacob was so strong that he saw the face of Esau as the ‘face of God’.[2] In order to receive God’s blessing, Jacob humbled himself to the end in his all night struggle with God. He humbled himself in front of Esau as well, making seven prostrations to the ground as he approached him. God answered to the humility with which Jacob struggled in prayer by giving him a word which was able to constitute the foundation and law that ensures, smoothes out, makes unshakeable and fruit-bearing every relationship, bestowing upon it incorruptible value for all eternity: ‘Because you have been strong with God, you will be strong with men.’