The Greek Key: On Divine Providence & the Macedonian Call

Few lines in the New Testament, I suspect, better anticipated the development of Christian theology than these from the Acts of the Apostles:

Now when they had gone through Phrygia and the region of Galatia, they were forbidden by the Holy Spirit to preach the word in Asia. After they had come to Mysia, they tried to go into Bithynia, but the Spirit did not permit them. So passing by Mysia, they came down to Troas. And a vision appeared to Paul in the night. A man of Macedonia stood and pleaded with him, saying, “Come over to Macedonia and help us.” Now after he had seen the vision, immediately we sought to go to Macedonia, concluding that the Lord had called us to preach the gospel to them. (16:6–10)

According to this text, the passage of Paul and his companions over to Europe came from the active influence of the Holy Spirit. Eventually—and rather soon, in truth—the gospel would also reach Asia and Bithynia, but the Lord of History took special care that it came first to Europe.

Mosaic inscription in the Basilica of Paul, Philippi

It is instructive to reflect that this need not have been the case. We know that Paul had spent two years in Arabia after his conversion (Gal. 1:17). We also know that there were Jews living in Arabia (Acts 2:11). Surely Paul could have planted churches there and composed his epistles in the ancient dialects of that region. We may wonder what shape Christian theology would have assumed if he had done so.

In fact, however, it was the Mediterranean world generally—and the Greek language in particular—that gave defining shape to Christian theology. It is clear that all our canonical Christian literature came from the Mediterranean Basin, including the western edge of the Fertile Crescent.

True, early traditions speak of various apostles going east to spread the Good News, even to India. None of those missions, however, produced the canonical literature in which the gospel was expressed. The theological formulations of the Greek world, rather, became normative in the grammar of Christian thought. When the peoples further to the East received the gospel into their own languages, it was invariably translated from Greek.

This historical fact can hardly be denied, but quite a few have decried it. Harnack, for instance, called it the “hellenization of the Gospel,” a term by which he meant the Church’s recourse to metaphysical formulations, drawn from Greek philosophy, in order to establish the dogmatic lines of Triadology and Christology. Harnack believed—and was hardly the last to do so—that this process of translation was a distortion of the Good News.

Nonetheless, in the light of that passage from the Acts of the Apostles, quoted above, I believe Harnack’s is a case difficult to make. When Paul took the gospel to Greece, it was at the explicit divine guidance, and we reasonably assume that the Lord knew what he was doing in the matter. 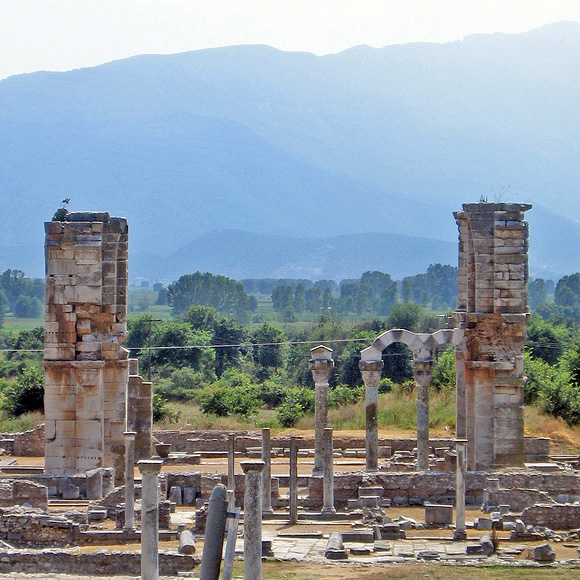 Ruins of the ancient Christian basilica of Philippi

Thus, the gospel was proclaimed largely in Greek, a language endowed with grammatical resources, nuances, subtleties, refinements, qualities of precision, and a remarkable capacity for category and abstraction, which the Church would need, in due course, for the correct expression of dogma and the embarrassment of heresy.

Greek, moreover, was not just for the Greeks. It was already shaped as an international language, assimilating features from many cultures.

If—as Holy Scripture obliges us to believe—divine Providence guides the history of the Church, we should regard this phenomenon as a component of that guidance. It was not a historical accident that “the Gospel is given to us all and for all time in the Greek language. It is in this language that we hear the Gospel in all its entirety and fullness” (Georges Florovsky). The Lord’s selection of Greek to transmit his Word to the world was no more fortuitous than his earlier choice of Hebrew. 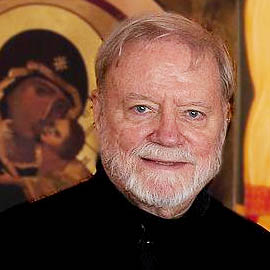 Indeed, God’s determination to speak in Greek preceded the gospel itself, because the international quality of that language had already permitted the Old Testament to be studied across the vast expanse from Persia to Italy. Isaiah had already assimilated the tongue of Plato, and suffering Job spoke, even then, in the tones of Sophocles.

When Paul crossed over to Macedonia, the Lord of History already had Nicaea and Chalcedon in mind.