The Holy Relics of the Six Recently Revealed Blessed Martyrs in Sklavaina, Akarnania

The wonder-working relics of the Priest Martyr Vlasios Akarnanos and the five other monks who suffered with him are kept in the church of Saint Paraskevi in Palairo, Akarnania. On their feast day, 7 July, the relics are taken to the nearby village of Sklavaina, where services are held at the blood-stained site where the six saints were martyred. In fact, these services are held on the actual site of the long-destroyed monastery of the Entry of the Mother of God, where a newer church has since been built. On the spot where they were killed, other Romans (i. e. subjects of the Christian Eastern Roman Empire, or ‘Byzantium’) from the surrounding area also suffered because they refused to ‘bow down before the children of Hagar’. According to the sources, they were martyred on 19 December, 1006 by infidel pirates. On the anniversary of the finding of the holy relics of the Blessed Martyrs (7 July), they are displayed for the faithful to reverence them. 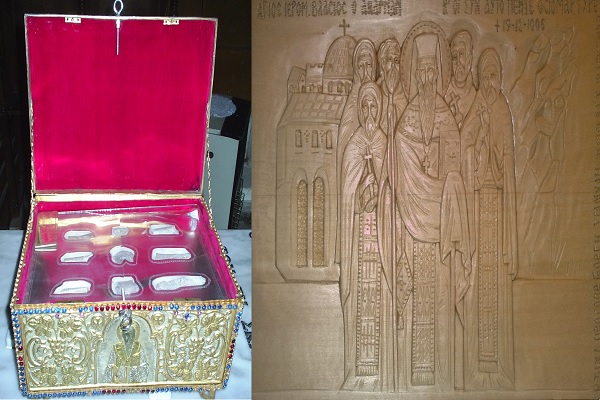 a) the reliquary donated by the late Fr. Pindaros, with the relics of Saint Vlasios the newly-revealed.

b) the hand of the Priest Martyr Vlasios, invested with silver. Funds for this were provided by the late Fr. Nikolaos Pettas. 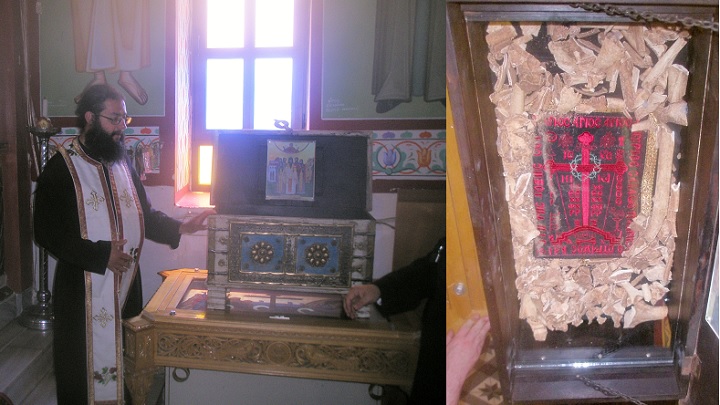 c) the beautifully-wrought reliquary of the five other martyrs, a gift of the late Presvytera Anthi Pettas.