What is the Soul?

Let us begin by offering a definition of the soul as provided by Saint John the Damascan: ‘The soul, therefore, is a living essence, uncomplicated, incorporeal, invisible – in its proper nature – to the eyes of the body, immortal, reasoning and intelligent, formless, making use of an organic body and being the source of its powers of life, growth, sensation and generation, the intellect being its purest part though not in any way alien to it (as the eye is to the body, so the intellect is to the soul). It has power over itself, its volition and energy, and is mutable, i.e. able to be changed, because it is created. All of these features are natural to it through the Grace imparted by its Creator, and its being and nature are thus because of this same Grace which it has received’. 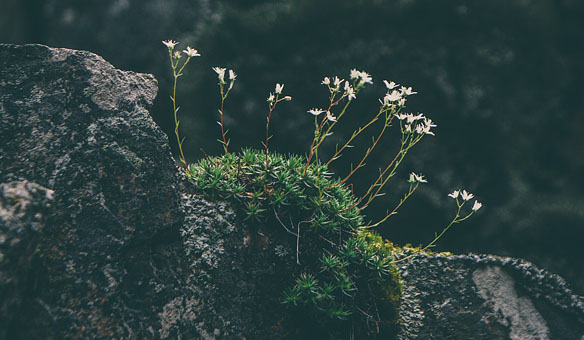 The intellect is to be distinguished from the rational mind. The intellect is the highest cognitive power of the soul. The cognitive powers of the soul are the intellect, the rational mind, opinion, imagination and the senses. ‘And you should know that our soul has two kinds of powers, the cognitive and the vital. The cognitive ones are the intellect, the reason, opinion, imagination and sense; the vital ones are the appetites, the will and the disposition’. It is the intellect which is the organ through which we acquire knowledge of God. The reason conceptualizes and shares the knowledge which the intellect has already provided through its contemplation of the uncreated light. We cannot know God through reason, nor can we share in His eternal life and glory through it. The rational energy of the soul is specific to our understanding of created things, whereas the intellect is concerned with that which is uncreated. It is not possible to know and become united to God through reason and mental activity. Regarding this, Saint Gregory Palamas writes that true knowledge of God is provided by the ineffable effulgence of the divine light.

The rational/mental energy of the soul has the brain as its organ, whereas the intellective has the heart. The heart is the center and root of the energy of the intellect. According to Fr. John Romanidis, ‘There is the heart. According to the Jews of the Old Testament, that is according to the Prophets and the Fathers of the Church, the spiritual center of our life is the heart, while the mental center is the brain’. As Metropolitan Ierotheos of Nafpaktos has written: rational energy functions in our mind, and the workings of the intellectual energy, in people who have been reborn, occur in the heart’.

Prayer, especially the Jesus Prayer (‘Lord Jesus Christ, have mercy upon me’), through which we are united to God, is initially on the lips, since we say and express it orally and listen to it with our ears. It then ascends to the brain and after being there for some time, God willing, it descends and settles in the heart, and then wells up from the innermost depths. People who experience this become bearers of light, of the Spirit, resembling Christ and the Trinity. The spiritual guides of the prayer of the heart say that the second way of prayer is centred on the brain and the third on the heart.

Of course, it is an absolute prerequisite that the soul be cleansed of the blameworthy passions, that the cognitive organs of the soul be purged and, above all, that divine Grace be granted to us.  We say that it is necessary for our cognitive powers to be purged, because, after the Fall, the intellect was darkened, blackened, its intellectual energy was cut off, it became identified with reason and was subjected to the passions and to its surroundings. The whole of the ascetic/hesychastic training of Orthodoxy is aimed at the liberation of the intellect from reason, from the passions and our surroundings, and at its enlightenment and the restoration of the energy of the heart, which consists of the ceaseless remembrance of God, in the heart.

[‘Intellect’ is an unsatisfactory translation of ‘nous’. In their efforts to present their theology in terms that Greek-speakers would understand, the Fathers sometimes used words from Ancient Greek, but gave them a slightly different nuance or shade of meaning. Thus Liddell and Scott define it simply as ‘mind’, the Ancient Greek sense, but Metropolitan Kallistos (Ware) calls it: ‘the highest faculty in man, through which- provided it is purified- he knows God or the inner essences or principles of created beings by means of direct apprehension or spiritual perception].