One afternoon, when he was on his way to the Holy Monastery of Stavronikita, he was enraptured by the image of a rusty cross on a rock, which was being washed by the waves. Hill, who was with him and had known him for about twenty years, saw him staring at the cross, stunned. After a while, Chatwin said: “There must be a God”. “He didn’t talk about it but I knew by his whole bearing it had affected him. I think it hit him like a bomb”, Hill recalls. (His biographer, Nicholas Shakespeare later wanted to visit the Holy Mountain to see what it was about this cross that had moved Chatwin so much. On the eve of his departure he was told by an English priest: “Nobody goes to Athos by accident. Whatever you think you are going for is not the reason”).

It was a journey that would radically alter Chatwin’s life. After his death, it was rumoured among his circles that he “had found God” there. However that may be, it was clear on his return to London that he had been greatly affected, although he preferred not to go into detail. In any case, his acquaintances called this journey the most “mysterious”. 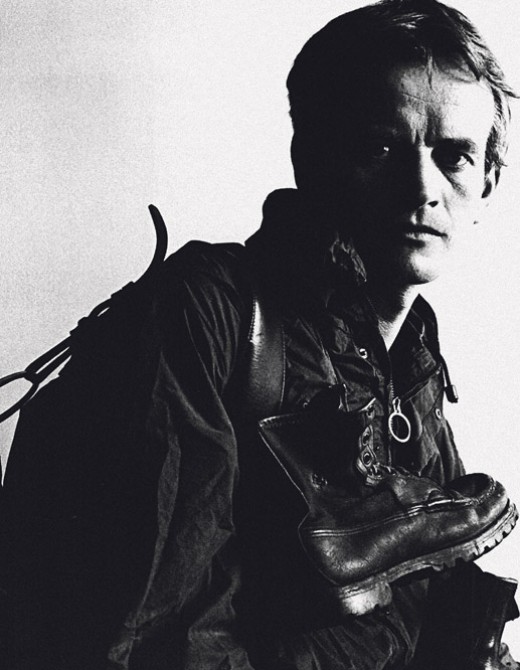 Before then he had barely been interested in the metaphysical. His wife, Elizabeth Chandler, was Roman Catholic and before their marriage in 1965 he had had instruction about the basic faith and practices of that Church from a Jesuit in London. But when they later moved to the USA, he was given a leaflet from Elizabeth’s parish. The content bothered him greatly: it explained that a Roman Catholic should not marry anyone of another dogma or religion. This clashed directly with his “nomad” outlook. From then on he began to believe that only those who were permanently settled in a particular spot could be interested in religion.

But he was never really free of metaphysical questions. At one point, in a note, he remarked that the study of nomads was a search for God. Somewhere else he noted that religion is a technique for getting to your death, at the right time. In all probability, it would have been during his illness that he turned to the metaphysical.

While recuperating with Elizabeth in Nepal, his thoughts had turned to a man’s Athos “in the Greek sense of abode or dwelling place – the root of all his behaviour for good or bad, his character, everything that pertained to him”.

On his return to England, he went to Oxford to visit Bishop (now Metropolitan) Kallistos Ware of Diocleia and discussed with him the possibility of being baptized Orthodox on the Holy Mountain. “What he wanted was to be received by baptism on the Holy Mountain since the Holy Mountain had played such a decisive part in his conversion… I offered to receive him myself,” His Eminence recalls, “but we were overtaken by events.”

There are some who believe that he managed to become Orthodox. Be that as it may, his funeral was held in Nice, where he died on January 19 1989, with an Orthodox, Greek priest conducting the service. His forty-day memorial service was held in the Orthodox, Greek Cathedral of Holy Wisdom (Ayia Sofia) in Bayswater, London, and Metropolitan Kallistos relayed his wishes to a frankly astonished congregation: “Bruce was always a traveller and he died before all his journeys could be completed and his journey into Orthodoxy was one of his unfinished voyages.”

His relatives brought his ashes to Kardamyli, to the Byzantine chapel he loved, which dated from the 10th century and was dedicated to Saint Nicholas. When he first saw the spot, Chatwin observed: “The Greeks have always kept the best places for God”.