‘For I have come to set a man against his father’. Does Christianity damage the institution of the family?

It has been claimed by some that Christianity is not merely no help to the family, but that it actually contributes to its breakdown. In other words, it has damaged the prestige of paternal authority within the context of the small family. This reasoning has been put forward with references to certain excerpts from Christ’s words, but these have been rather superficially interpreted, taken our of context and made to stand on their own. The texts which have been mobilized in this way come from the Evangelists Matthew and Luke . Let’s look at the most typical: ‘Do not think that I have come to bring peace to the earth? I have not come to bring peace, but a sword. For I have come to set a man against his father, and a daughter against her mother, and a daughter-in-law against her mother-in-law. And a person’s enemies will be those of his own household. Whoever loves father or mother more than me is not worthy of me, and whoever loves son or daughter more than me is not worthy of me. And whoever does not take his cross and follow me is not worthy of me’. 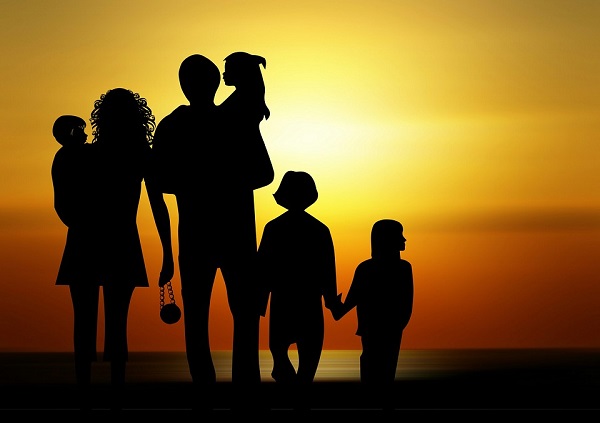 On the basis of the above extract and other, similar ones, it’s claimed that Christ knew He would attract the son more easily than the father which is why he fuels the young man’s opposition. But do these claims stand up? How are these words of Christ to be understood? Has the Church devalued the institution of marriage and the family or elevated it?
If these questions are to be answered, we must first examine the position of members of a family in society both before and after Christ. This is hardly possible within our remit here, however, so we’ll restrict ourselves to some basic observations.
Either as a form of community or as the basic bio-social institution, the family consists of a couple and at least one child. In traditional agricultural society, the so-called patriarchal family was dominant, that is one consisting of a number of persons who belonged to three generations (grandparents-parents-grandchildren). There was also the extended family which, apart from the above, included aunts and uncles, cousins, in-laws, godparents and so on. In various phases of civilization throughout the world we also encounter the matriarchal family. In the case of Greece, this type of family arrangement developed mostly in the island regions, because the father was often away from home, sometimes for years.
In post-industrial urban society the predominant form of the family is the nuclear one, which consists of two generations, the parents and their unmarried children. In recent years, particularly in the West, the number of single-parent families has increased. In this type of family, one parent, usually the mother, lives alone with her child or children, for a variety of reasons: her husband may have died and she’s a widow; she may be divorced; or it may be that she’s has a child outside marriage and that, although it’s recognized, the father isn’t interested in it. Or, indeed, it may be that she ‘s consciously chosen this type of family by adopting a child. To these forms of family we should also add foster parents.
People simply living together is a phenomenon which has recently been observed in society. But these instances are not recognized in law as a family. However this choice is justified from various viewpoints, it essentially shows the self-centredness and autonomy of people today, who refuse the responsibilities of marriage and the difficulties which result from having children and raising them. Many couples who choose to live together are financially independent, each with their own personal income and assets and often work hard for their professional advancement. Other families live under one roof to save money. Others do so in order to get to know each other better and have marriage as a future aim. Some people live together for a short time, usually as young adults, because, as they say, it feels good. And finally there are those who, for religious or other reasons, decide not to enter into marriage and end up simply living together.