How an ordinary priest preserved the doctrine of ‘One Substance’

It is well known that the heresy of Arius (†336) was condemned by the 1st Ecumenical Synod in Nicaea in 325. Regarding the Holy Trinity, Arius taught that the Son was not of one substance with the Father, but was created by Him.
The condemnation of Arius by the Synod did not signal the end of his heresy, however. Two factors contributed to this. In the first place, the emperors who succeeded Constantine the Great (306-337) supported Arianism, either directly or indirectly, until Theodosius the Great ascended the throne (373-395). The second was that there were also theologians who tended towards the views of Arius and who, with the support of the like-minded emperors, continued to occupy prominent positions in the Church. 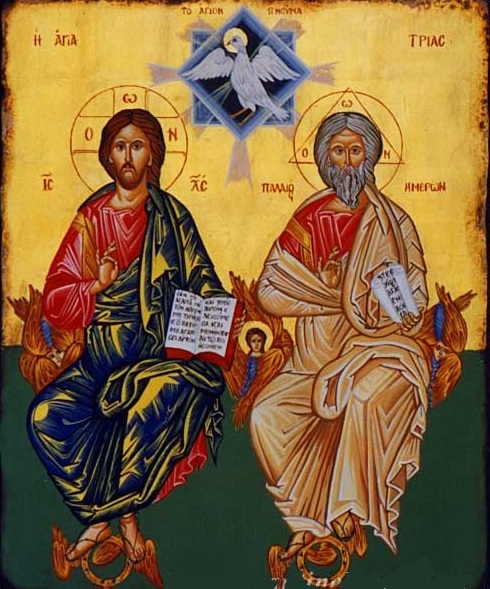 Among those with Arian tendencies were theologians of considerable education and dialectical skill, such as, for example, Evnomios (Eunomius). The last Arian emperor, Valens (364-378), together with Evdoxios, the Archbishop of Constantinople (360-370) who shared his views, made Evnomios Bishop of Cyzicus. The aim was for Evnomios, with the natural gifts with which he was endowed, to draw the whole of the Orthodox bishopric into Arianism. And, initially, the new bishop did, indeed, astonish his flock with the power of his rhetoric. But once he began to mention his Arian doctrines, the people became alarmed, because they realized straight away what his real views were. In the end, they drove him out of their city. Evnomios retired to a property he owned in Chalcedon, not far from Constantinople. Here he continued to preach and to promulgate his views.
He had a great reputation as a preacher, to such an extent that a lot of people came from Constantinople and the surrounding areas to hear him. Not all the people who went there were necessarily Arians; some were motivated simply by the desire to hear what he had to say. Be that as it may, the activities and reputation of Evnomios caused consternation and fear among the Orthodox.
In the meantime, Theodosius the Great (379-395), the Orthodox emperor, had ascended the imperial throne. Evnomios’ reputation reached the ears of the new emperor, who expressed a willingness to meet him. And he would have done so, had he not been prevented by his wife Galla, who was ‘the guardian of the dogma of the Synod in Nicaea’. [She was the daughter of the brother of Valens, Valentinus I, who was emperor in the West and was staunchly Orthodox. WJL]. She may have been fearful that, if the emperor engaged in talks with Evnomios, he, too might become an Arian.
In the end, the emperor remained faithful to Orthodoxy because of an unexpected event. At the time, there were a large number of bishops in Constantinople who had gathered with the aim of calling a new Synod, which did, indeed, take place in 381 and came to be called the 2nd Ecumenical Synod.
One day these bishops who’d gathered in Constantinople presented themselves at the palace in order to pay their respects to the emperor, as custom demanded. In accordance with the proper protocol, all the bishops respectfully greeted the emperor and his young son who was sitting there with him. When the time came for the priest to greet the emperor, he did so, but didn’t pay the same respect to the young boy. He simply said ‘Hello, there’, as you would to any other child and gave him a little wave with his fingers. This behaviour made the emperor furious, because he considered it a slight against his son, who should, by rights, have enjoyed the same respect as was accorded to his father.
The angry emperor immediately ordered that the priest be escorted from the premises. The guards began to push him out, but he turned and addressed the emperor again: ‘You should understand, Your Majesty, that our heavenly Father is just as outraged as you were when the anomoeans• don’t pay the same respect to His Son as they do Him, but instead consider the Son to be inferior’.
This reasoning pleased the emperor greatly. He had the priest brought back, asked his forgiveness and declared that he agreed with what he’d said.
So, through this simple event, the emperor was confirmed in the truth of the Orthodox faith and refused to countenance anything else. Indeed, he was so adamant that he forbade any discussion of the subject in market-places and made provisions for the punishment of those who disregarded his orders.

* The Arians, those who considered that the Son was not ‘of the same substance’ as the Father. However, there is also another, very clever play on words here. By the late 4th century, almost all the changes in the pronunciation of Greek which mark it as different from Ancient Greek were already in place (a fact which is, lamentably, ignored by those who insist on an Ancient Greek- or even worse, Latin- transcription of names). So what the priest said would have sounded like the genitive plural of ‘anomios’, a subtle jibe at ‘Evnomios’, hinting that the latter, whose name has connotations of ‘legitimacy’, was, in fact ‘illegitimate’. [WJL]