Far from discouraging the faithful from seeking the aid of medical science, the Fathers of the Church actually encourage us to visit specialists for whatever ails us. It is true, however, that Basil the Great rejects excessive respect for the art of medicine and points out the spiritual danger involved in ‘officiously keeping alive’.
Let us examine medical science from the point of view of Christian Patristic Ethics. In his work Όροι κατά Πλάτος (The Greater Rule) Basil the Great a Father and Doctor [i.e. Teacher] of the Church sets out the relationship which we have with medical science, which is the anthropological principle that ‘God made us to be all of a piece’. He believes that the restoration of the health of the body is linked to the cure of the soul [hence ‘curate’]. For our Church, health is a great good, but it’s not an end in itself, since, apart from bodily health, spiritual and psychological health are also of great importance. 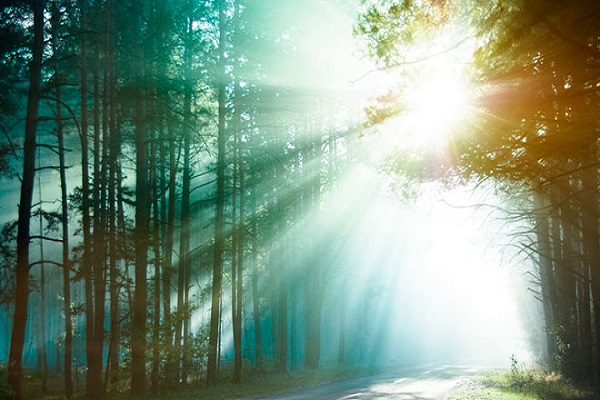 On the spiritual plane, to use ascetic language, illnesses appear which don’t concern medical science and these are the unnatural passions. According to Professor Vasileios Kalliakmanis: ‘As a science, it is natural for medicine to prioritize objective knowledge, which is of an absolute nature. Whereas in the other natural sciences it seems that the prioritizing of objective knowledge does not impinge on the person, in medicine, which has to address people on a personal level, this prioritization has direct repercussions on the way the person is viewed. This is recognized in the medical community which is why doctors talk of the personal treatment of patients… This outlook is closer to that of the Church which, if necessary, deals with pastoral problems in a more person-centred and individualized way’.
According to Basil the Great, medicine was given to us by God after the Fall to help us in our battle for survival and to lessen our tribulations. The Holy Father considers medical science as ‘assistance to those who are struggling’. He sees people in a holistic way and, at every opportunity, links the cure of the body with the cure of the soul. ‘When medicine is used properly, it deserves our respect. Indeed, it can take on spiritual value, because it can bring people to a life of continence and asceticism. Under these conditions, there’s no reason for anyone to avoid it. Saint Basil makes special mention of those who are tried beyond endurance by their illness. For these he sees medical science as an important help and a refuge in their difficulties. He also, however, stresses the dangers involved in any such recourse. The greatest danger is in making medicine a sort of false god, and using it as a deification of the flesh and a corporeal way of thinking. He also shows its relative importance, by pointing out that it is God Who is ultimately responsible for any cure it effects. He states that medical science needs, in thanks and praise, to acknowledge its debt towards God and considers that blind faith in its potential is sheer folly.
Illness has an important position in the work of Saint Basil, since it may have a natural cause, it may be the result of a sin or it may have been given by God as a trial, in order for the person concerned to become more patient and humble. According to him, the nature of illness is educational and this is directly linked with the cure. ‘Reason demands the acceptance of the assiduous methods of the doctors, though not all illnesses require medical assistance’.