The Passions of Avarice, Anger, Sorrow and Sloth – Part IΙ

We have a great struggle to wage against the evil spirit of sorrow, which brings the soul into despair and perdition. If the sorrow is occasioned by other people, we have to suffer it with joy, and pray for those who have saddened us, as I said before, bearing in mind that whatever befalls us does so with God’s sanction. Whatever the Lord sends us, He does only for the benefit and salvation of our soul. It may be that, in the beginning, it doesn’t seem to bring us any benefit, but later we’ll realize that what God has allowed us to go through has been better for us than what we ourselves would have wanted to happen. 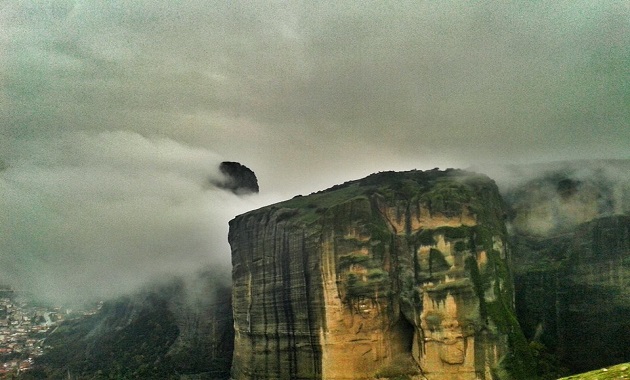 So we shouldn’t think in human terms, but should believe with certainty that the unsleeping eye of God sees all things and that nothing happens without His will. It’s from the wealth of His mercy that these situations and temptations happen to us, so that we can earn our heavenly reward through our patience. Because without temptations, no-one has ever been crowned. This is why we should offer glory to God for everything, because He is our Dispenser and Saviour, as Saint Isaac the Syrian says: “The mouth that glorifies God is acceptable to God, and grace dwells in the heart which thanks God from its depths”.

Besides, we should avoid complaints and judgements against those who’ve saddened us and should pray for them, as the same saint says: God puts up with all the weaknesses that people have, but those who continually censure other people won’t go without correction. Though we must have the soul-saving sorrow over the sins we commit, with hope in our repentance to God and in the knowledge that there’s no sin which defeats God’s love for us, since He forgives everyone who repents sincerely and prays to Him.

This sorrow is linked to joy (joyful sadness) and kindles in people the desire for everything spiritual and gives them patience in their trials. “For godly grief produces a repentance that leads to salvation without regret, whereas worldly grief produces death”, says Saint Paul (2 Cor. 7, 10). So we should seek godly sorrow, because it brings internal repose, whereas the grief that proceeds from Satan should be expelled from our hearts, together with all the other passions, through prayer, the study of sacred texts and the receiving of Holy Communion. Grief which is not from God and for the love of God is the cause of all evils, and, unless we free ourselves from it, despair will overcome us and our soul will be devoid of grace, overwhelmed with sloth and won’t even want to pray or read our sacred books.

If sloth is the passion that has a greater hold on us than the others, we face a stern struggle. This evil spirit is terrible. It’s closely related to the spirit of sorrow and particularly defeats those who are living alone. When the enormous waves of thoughts and passions rise up against the soul, people feel at that moment that they’ll never be redeemed from them. The spiritual enemy visits upon them all sorts of thoughts and reflections such as that, if things are like this today, they’re only going to get worse tomorrow and the day after.

So the thought buzzes around their head that God has abandoned them, that this is happening because God isn’t looking after them, that this has happened only to them and never to anyone else. But things really aren’t like this at all. Because it’s not only to us that these things occur, but also to His saints, who, throughout the centuries have pleased God and have recognized that He is a loving God and Father and that He chastises us with His spiritual rod out of love and so that we’ll acquire virtues. But after that, there quickly comes an alteration, a restoration of the soul and the mercy of God.

At the most difficult moment, people have the impression that they can’t overcome the pandemonium of their thoughts and passions. All the virtues seem unattainable and hateful, because of the machinations of Satan, but then comes a divine change. Everything seems pleasant and the grievous situations are nothing compared to the peace and blessedness of the visitation of divine grace. Besides, they become more open to the virtues, they’re astonished by this spiritual adjustment and take the decision not to deviate from the path of the virtues under any circumstances. People also realize that, in His great mercy, God has disposed these things for their benefit and testing.

Thus it is that they feel surrounded by the love of God, that He’s always close to faithful Christians and will never allow them to be tried beyond their bent, because without God’s permission, the spiritual enemy cannot do us any harm whatsoever. SInce it’s not up to the will of our soul whether we’re tempted a little or a great deal; it’s God’s will and His decision.

With these experiences, striving Christians become wise through temptations and, when they see these alternations of grace in their soul, persevere resolutely in their various trials. With these, a monk expresses his love for God, when he bears them and gradually makes spiritual progress. Because, as John of the Ladder saying, nothing brings the monk so many crowns as the struggle against sloth, provided it’s undertaken without any loss of time.