The Passions of Avarice, Anger, Sorrow and Sloth – Part I

The passion for the acquisition of wealth, said the Fathers, is not part of human nature and is due to a lack of faith and people’s sick way of thinking. This is why it requires no small effort to combat this passion, if, with the necessary vigilance over ourselves, we wish to achieve real salvation and the fear of God in our lives. If this passion takes root in us it becomes the most tyrannical of all. And if we become subject to its encouragement and habits, then we’ve lost everything, because Saint Paul says “For the love of money is the root of all evil” (I Tim. 6, 10), that is of anger, sorrow and everything else. 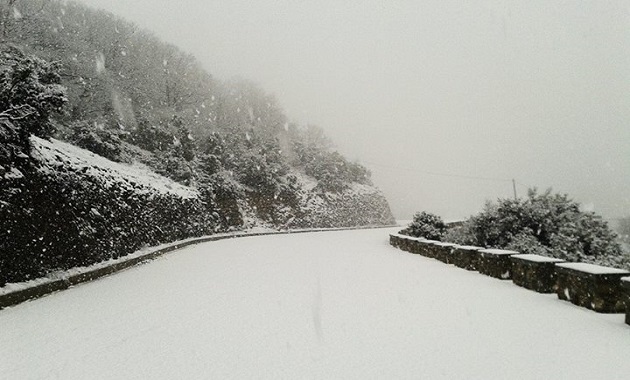 Indeed, the Fathers also called it idolatry, because, through avarice, many people have fallen away, not only from the Christian life, but have been damaged in body and soul, as Holy Scripture tells us. And the Fathers tell us that people who hoard  gold and silver and trust in themselves, do not believe in God, Who is actually looking after them.

So let us guard ourselves against this passion, which brings the soul to perdition and destruction, and let us pray to God to expel far from us this evil spirit of avarice. And may we guard against not only gold and silver, but against every external and necessary object, since these lead to greed, when we ask for more than we need. Such as, for example, the acquisition of lots of clothes, shoes, residences, gadgets and so on. Everything we need for our lives shouldn’t be luxurious and expensive, because then we fall into worldly habits. The real rejection of avarice, of ownership of lots of things and the desire for them is not that we shouldn’t have any possessions at all, but that we shouldn’t attach ourselves to the transient and vain things of this present life. Emancipation from the things of this world assists us in the purification of our souls.

If we’re troubled by anger and it urges us to consider an injury and to return with interest the damage that someone has inflicted on us, then we should think upon the words of the Lord, Who said: “For unless you forgive people their trespasses, Your Father will not forgive you yours” (Matth. 6, 15). It follows, therefore, that people who want their sins to be forgiven are obliged first and foremost to forgive others with all their heart. Because this is how God has taught us to seek forgiveness for our own transgressions. And if we don’t forgive, it’s obvious that our sins won’t be forgiven. It’s in this sense that we should understand the saying of the Fathers that the prayer of angry people isn’t accepted, even if such people have the power to raise the dead.

The Fathers said this not to indicate that irate people can’t raise the dead, but to show the extent to which their prayer is repulsive to God. This is why we should never become angry, nor do any harm to our fellow human beings, not only with words and deeds, but even by changing the way we look at them. Because we can disdain others merely by a look, according to the Fathers. The perfect victory over thoughts of anger is to pray for the person who has provoked them, as Abba Dorotheos advises when he says: “God, help my brother, and through his prayers have mercy upon me, sinner that I am. Because to pray for other people means love and affection, and to ask for their prayers means humility”. We should even do them good, as far as we can, because then we’ll be carrying out the commandment of God that says: “Love your enemies… do well to those who hate you and pray for those who trouble you and persecute you” (Matth. 5, 44).

To those who live by this, the Lord has promised not only the Kingdom of Heaven, some sort of rest or a gift such as those we have in the present, but the very inheritance of adoption, because He says: “Thus you will become children of your father who is in heaven” (Matth. 5, 45). And our Lord Jesus Christ Himself, Who instituted this commandment and promised this great recompense, carried out everything He taught, giving us Himself as an example, so that we might imitate Him, insofar as we can. How many punishments did He endure from the Jews for us sinners, and not only did He refrain from anger, but prayed for them to His heavenly Father saying: “Father, forgive them, for they don’t know what they are doing” (Luke, 23, 24). In the same way, all the saints walked this path and acquired divine grace, returning good to their persecutors instead of evil. They also prayed for them and covered the sins they saw them committing and taught them with sincerity and affection.