1st of January, first of the month, New Year’s day. First day of the new civil year. On this day our holy Church, celebrates three important events: a) the circumcision of Jesus Christ, that is the event which took place eight days after the celebration of His divine incarnation. This was a custom, a rite that Jews performed on all new-born boys eight days after their birth; b) The memory of the Great Father of the Church Saint Basil, Bishop of Caesarea, in Cappadocia; and c) the beginning of the new civil year, a new period of time. 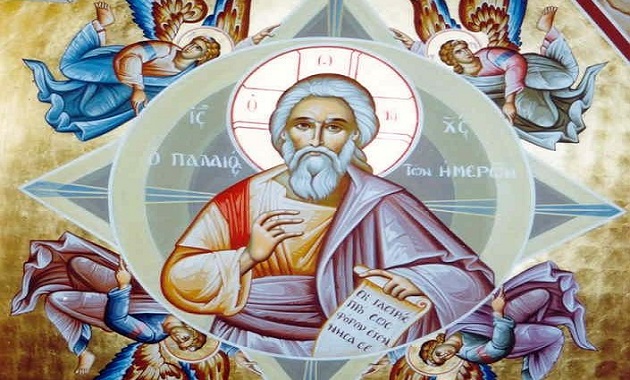 Time and its measurement exists for people while they are alive on this earth; that is, after death there is no time, only eternity close to God for the just, and eternity in Hell fire for the unrepentant and the sinners. So time is defined for people as the distance between one event and another.

In the life of every Christian, time is of value and has a purpose. It should not be spent in vain, but should be used properly, as Saint Paul says in his letter to the Ephesians: “making the best use of the time, because the days are evil” (5, 16).

Good and bad use of time in the present life defines the course of people in eternity. The importance and significance of eternity for people is demonstrated by a wonderful  interpretation and teaching of a saint of the Russian Church, Tikhon Zadonskij, who spent the whole of His life working hard. He carried out a great and difficult spiritual struggle, preparing his soul for eternity and has this to say:

“Nothing urges sinners to repentance so much as eternity and nothing is so beneficial  and constructive for Christians as thinking about it.

The thought of eternity curbs sin, soothes the passions,  rids us of worldly vanity, guards the heart, engenders tears of repentance, leads to prayer and causes the heart to sigh deeply.

The thought of eternity can redeem the greatest wastrel.

The thought of eternity fortified the holy martyrs to undergo the most terrible tortures rather than submit to the will of the impious emperors and deny Christ.

The thought of eternity made it possible for pirates, robbers, criminals, immoral people and so many others to become God’s chosen.

Glory to God’s loving-kindness. God opens the gate of His compassion to all, even to the greatest sinners”.

Jesus speaks of the great matter of eternity and the advent of the kingdom of heaven when replies to a question from His disciples: “It is not for you to know times or seasons that the Father has fixed by his own authority” (Acts 1, 7), while Saint Paul, on the same subject, writes to the Thessalonians: “Now concerning the times and the seasons, brothers, you have no need to have anything written to you. For you yourselves know full well that the day of the Lord will come like a thief in the night” (I Thess. 5, 1-2).

Just as death comes to all people without warning, so the great day of the Lord will come unheralded, to lead everyone to eternity. In his first Catholic epistle, Saint Peter teaches us: “Therefore, having girded the loins of your minds, and being sober-minded, set your hope fully on the grace that will be brought to you at the revelation of Jesus Christ. As obedient children, do not conform to the passions of your former ignorance, but as he who called you is holy, you should be holy in all your conduct, since it is written, ‘You shall be holy, for I am holy’. And if you call on him as Father who judges impartially according to each one’s deeds, conduct yourselves with fear throughout the time of your exile”. (I Pet. 1, 13-17).

So every new year is a blessing from God added to the length of our lives. Our lives are extended and we are provided with new opportunities to conform to the example of Christ and to prepare ourselves to become citizens of the Kingdom of God.