What words can describe the magnitude of the damage done by the failure of the effort to know God? What more can your intellect conceive of? How can you manifest and describe the ineffable in words, and that which is beyond conception by the intellect? But if the eye of your intellect is so well cleansed that you can somehow see what Christ promises in the Beatitudes, you’ll scorn all human discourse, because it’s unable to express what you think. But if you’re still bound to the bodily passions and have the eyes of your soul closed, as though from illness, because of your impassioned condition, then the whole power of rhetoric is of no avail, for that very reason. It’s the same for those who are insensitive, whether you play down or overstress the wonders of words. 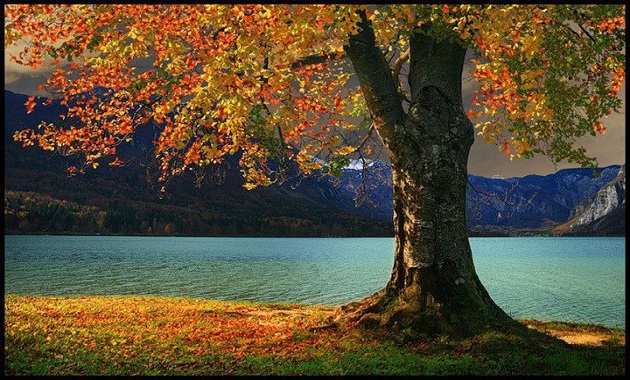 In the same way, describing a shaft of sunlight in words is neither use nor ornament to somebody who’s been blind from birth, because you cannot convey the brightness of a ray through the hearing. In a somewhat similar manner, you have to have special eyes adjusted to the spiritual and true light in order to see this beauty. If, by divine dispensation and in an inexplicable manner, you’ve seen this, you preserve the wonder deep in your consciousness. But those who haven’t seen it can’t even begin to comprehend the damage to those who’ve been deprived of it.

How can you describe to them the good they’re missing out on? How can you show anybody something which is beyond expression? We don’t know any special words that would do justice to that beauty. There’s nothing in creation that we  can use as a reference. And comparisons wouldn’t do it justice either. How can you compare a small spark with the sun? Or a drop of water with the boundless oceans? Because the ratio between a drop and the enormous masses of waters in the deeps, or a little spark and the great rays of the sun, is retained with regard to everything we view as good when seen  in relation to the beauty that is to be perceived around the first good, and beyond and above any other good.

So how can we present the magnitude of this catastrophe to those who have suffered it? I think David expresses this inability very well. On one occasion he was caught up in his mind with the power of the Holy Spirit and, as if transcending his self, in this state of blessed ecstasy, he saw this indescribable and unimaginable beauty. He saw what is possible for a person to see if they’re relieved of their corporeal impedimenta and are able to enter, through the intellect, into contemplation of conceptual and bodiless things. And since he wanted to say something commensurate to what he’d seen, he let out this great cry, which everyone repeats: “All people are liars” (Ps. 115, 2).

Now this, as I understand it, means that anyone who tries to interpret the indescribable light by using words, is really a liar. Not because they hate the truth, but because they’re unable to describe it. Because with visible beauty, such as we have in our lives on earth, whether in inanimate objects or animate beings with dazzling colours, we have the potential to admire them and accept them and to tell others about them, painting their description in words, like an image of their beauty. But how can words reveal something, the original of which is beyond understanding, when there’s no means of description? We can’t talk about colour, or shape, size or even harmony of form or any other such irrelevance in general. How can you perceive something through the things that can be understood by the senses alone, when it’s so far away, and is shapeless, unformed and foreign to the very idea of size and to all the things that are manifest in and around materials and the senses.

But just because it appears to be beyond our powers of comprehension is no reason to despair that our desire will be forever unrequited. On the contrary, however much greater and more sublime the thing we desire is shown to be, the more it’s necessary to elevate our intellect and to bring it up to the mark of our desideratum, so that we’re not excluded from communion with God. Because there’s a great danger that we’ll stop thinking about Him completely, precisely because He’s so sublime and so far beyond description, since we can’t base our knowledge of Him on any of the things we know.