1100th anniversary of the Dormition of saint Clement, Archbishop of Ochrid and wonderworker 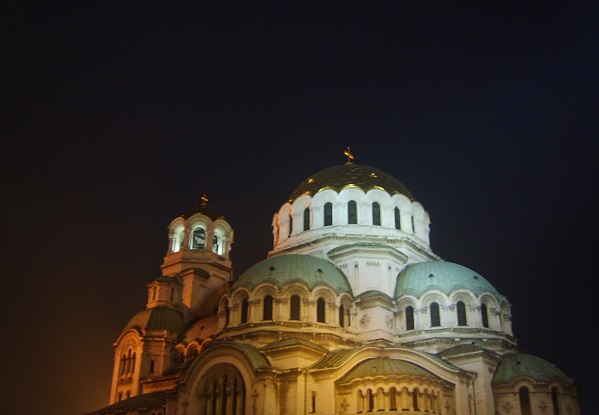 On 25th November, on the occasion of 1100th anniversary of the Dormition of saint Clement, Archbishop of Ochrid and wonderworker (Ὁ Ἅγιος Κλήμης ἐπίσκοπος Ἀχρίδος ὁ θαυματουργὸς), with the blessing of his Beatitude Ieronymos II Archbishop of Athens and All Greece, Bulgarian Orthodox Church has the extraordinary honour of the visit of precious head of saint Clement, brought by Greek church delegation led by His Eminence Panteleimon, Metropolitan of Veria, Naousa and Kampania, Very Reverend Archimandrite Athenagoras, and Very reverend Archimandrite Porphyrios, Abbot of Holly Monastery Timiou Prodromou, in Veria. 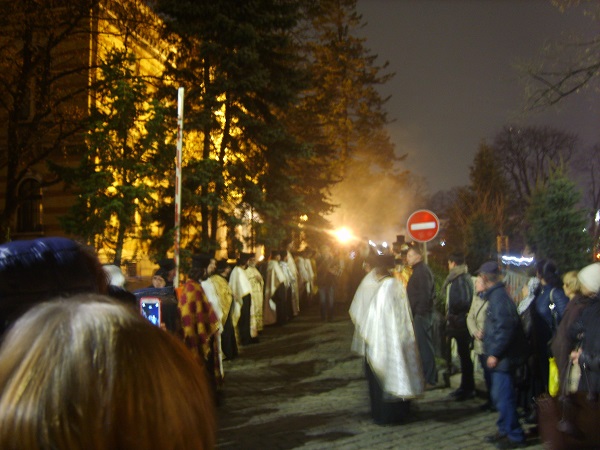 That holly place, where saint Clement had taken his monastic vows in 9th century is also blessed by his wish of the presence of his holly relics. Monastic brotherhood follows pious church tradition of regularly blessing with presence of relics the land and believers of their surroundings. These days that grace was extended to Bulgaria, where Precious relics came on 24th November in Sofia at Synodal palace met joyfully by most of Bulgarian clergy and with solemn litany brought to Patriarchal cathedral, where church celebrations and veneration proceeded on 25th November in the presence of local state authorities, elite and nobility. 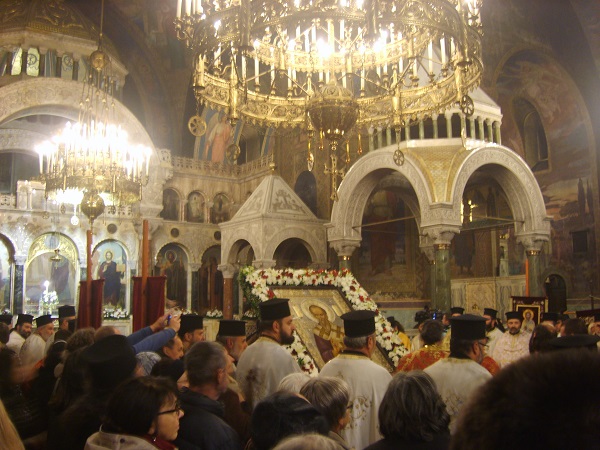 On 26th and 27th November Holly relics of saint Clement travelled to stauropegial monasteries of Rilla and Bachkovo, and to cathedral church of Plovdiv, where brotherhoods, clergy and people also gathered from the whole country to share and celebrate the joy of the mercy of such close and visible presence of saint and protector of Bulgarian Christianity. Saint Clement, archbishop of Ochrid and wonderworker is central figure in Bulgarian history from medieval times up until nowadays. 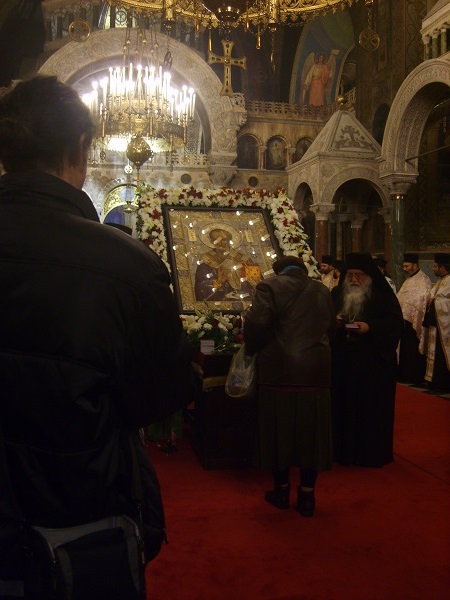 Main disciple of the Equals to the Apostles saints – Holly brothers Cyril and Methodius, together with them and other four disciples, he is also venerated in a group of Seven Saints. Saint Clement is venerated both as church saint and historical figure – many churches, libraries, and schools are named after him as protector of Bulgarian education and scholarship, because of his enormous church educational mission including adaptation of Bulgarian alphabet from Glagolic to Cyrilic script, closer to Greek and Latin. 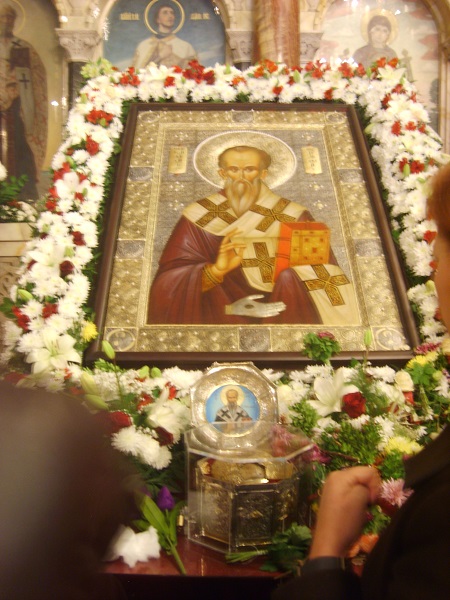 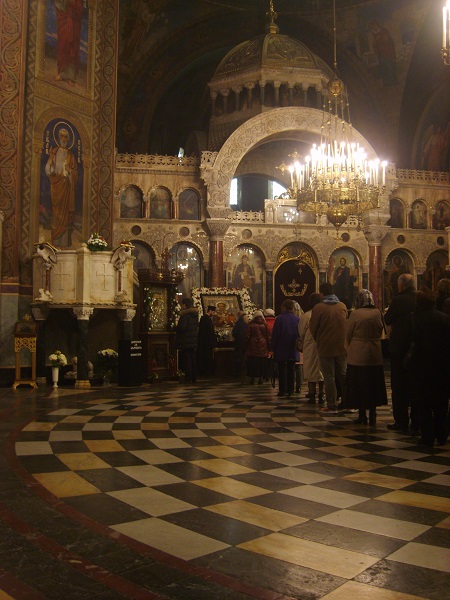 Such vivid presence of saint Clement through his relics is once more strengthening the renewed tradition of his veneration in Bulgaria as church saint and theologian, rather than as historical person and scholar. And indeed he was met by clergy and believers of all ages quietly singing his troparion during the litany and piously praying from their booklets with akathist hymn dedicated to the saint while waiting lined up in a long row to the reliquary with flower decorations and huge icon painted and decorated in best traditions of Byzantine art by contemporary Bulgarian artist to hold particle of saints’ relics given previously to Troyan stavropegic monastery. 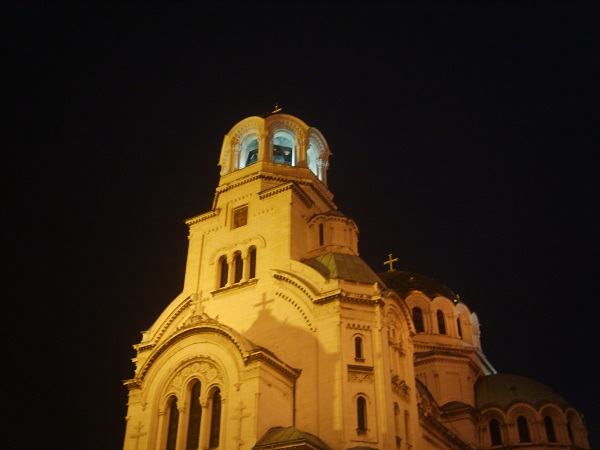 Traditional local saint Clements’ celebrations were inspired by such cordial gesture of Greek Church and neighbor people and enriched by multi-lingual liturgical moments and expressed yet more fully the essential wholeness of church uniting completely all cultural and national variety of its members.