C. So, if a sermon is not merely the announcement of the fact of salvation, but should also encourage and teach the observance of the word of God, then the position of the priest who knows his “audience” becomes difficult.

People today tend to think of the Gospel as a book with a four-fold history of Christ. But Christ didn’t write books, nor did He envisage volumes. The Gospel on His lips was the good news [Old English “gōd spel”]. Christ Himself is the bearer of this message, the herald of this good news: that people will be healed, the blind will regain their sight, the poor will inherit imperishable treasures, sinners will be forgiven, the polluted will be purified, imperfections will be perfected and monsters will be transformed into saints. 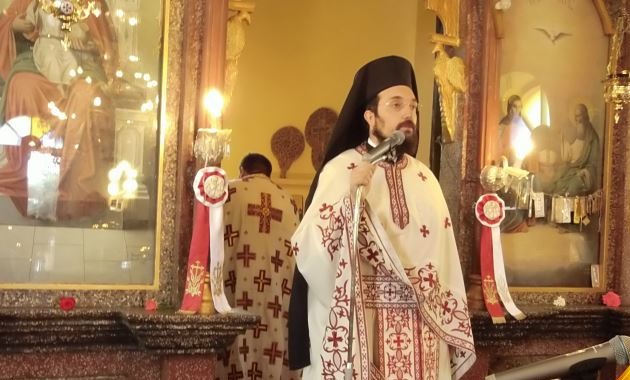 For the Kingdom of God to be realized, we have to believe in this good news, in these joyous tidings. If we don’t believe in Christ’s promise, we’ll never live in such a way as to bring about the Kingdom. It’s only with the certainty that the Gospel isn’t a lie, that the Kingdom isn’t a chimera, that people can engage in the task of establishing it and keeping it alive.

This, then, is the task of every priest: to promote the Kingdom of God in the world. In saying this, we don’t mean that he promotes the state of God. The Kingdom of God doesn’t come “with signs to be observed, nor will they say, ‘Look, here it is!’ or ‘There!’ for behold, the kingdom of God is within you.” (Luke 17, 20-21). So he doesn’t try to establish a perfect society or a faultless state, but will help people to love the will of God, which is perfect, even if they are unable to apply it perfectly. And at least to love the “appearing of the glory of Christ ”(Titus, 2, 13).

D. Every parish priest is tormented by this. This is what he tries to do. This is what he longs for. But however much he wants to envisage his role as either that of the raven which took nourishment to the prophet of God, Elijah, or of Balaam’s donkey, which tried to bring that deluded, self-willed man to his senses, the priest has a further difficulty: that he has to combine both of these roles and try to perform them at the same time. He has to help people who see his words as the Word of God, but, with what he has to say in his sermon, he also has to make “lukewarm” people think. Since he has just about the same people on the receiving end of his words every week, the parish priest has to face certain issues which he sometimes gets right, sometimes gets wrong and sometimes simply dodges.

1.  Is it the same thing to instruct and to make comments on the Gospel?

Without clear teaching, isn’t there a risk that the person of Christ will fade into some nebulous, unhistorical, mythical figure or become one more in a long series of teachers of good thoughts? Without crystal-clear and untainted faith in the person of Christ we have nothing to ask and nothing to hope for. What can we depend on? What Orthodox Church can we talk about, when two-thirds of the flock are… Martians, who think of Christ as a great man? Who’ve been corrupted by the ambient Enlightenment atmosphere concerning such teachings. Who haven’t read the Gospel and have never bothered with Christ since they were infants and their mothers made them pray in front of the icon of “little baby Jesus”. So the fundamental and basic point of the sermon is to present the person of Christ. Vagueness as regards the acceptance of the existence of God has no place with Christians. A theist is one thing, a Christian another. We don’t care what people believe somewhere; we’re concerned that Christ should become the Lord and coordinator of their lives.

2. How much time is necessary and sufficient to present a subject ably in a sermon, without becoming unduly long-winded?

This is where the difficulties increase. You can’t waffle on. Nor is it right to speak in slogans. You need to have a specific thematic purpose, rather than vague good thoughts. You can’t be wide-ranging and deal with every subject. This just shows how embarrassingly unprepared you are. How many times do you hear, among clergymen the exhortation described by Fr. Antonios Pinakoulas in “Εφημέριο”: “Say a few words from your heart”. But since the heart doesn’t speak and “the road to hell is paved with good intentions” all of this is subject to the person who accepts the invitation to speak and ends with what one archbishop of old called “the pious Sunday prattle”.

All of the above are slow-burning fuses in a congregation that’s the same every Sunday. And if, exceptionally, this mistake might work positively for some newcomer, for the old hands it will be a cause either of mirth or departure, temporary or permanent. Unless the necessary preparations (study and organization of the sermon) have been made, it’s better and more honest to avoid it altogether.