The God Of The New Testament In The Old Testament

In my previous article, The Burning Bush, we examined the manifestation of the “Angel of the Lord” or the “Angel of Great Counsel” in the Burning Bush on Mount Sinai. As we saw, when this particular ‘angel’ appears, He declares Himself as God, “I am the God of your fathers” (Exodus 3:6), and yet also speaks as though subordinate to God. The reason is that the Angel of the Lord is the Son of God, fully God and yet subordinate and obedient to the Father. In this article we will look at other manifestations of the Angel of the Lord, also referred to in some places as the Angel of God (Genesis 31:11; Exodus 14:9), the Angel of His Presence (Isaiah 63:9), and the God of Bethel (Genesis 31:11-13). 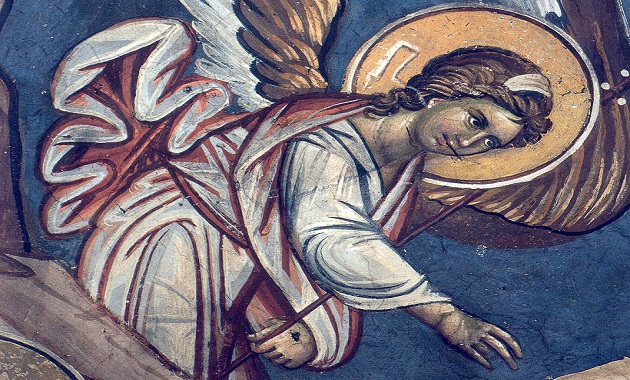 “The angel of the Lord found Hagar near a spring in the desert; it was the spring that is beside the road to Shur. And he said, “Hagar, slave of Sarah, where have you come from, and where are you going?” “I’m running away from my mistress Sarah,” she answered. Then the angel of the Lord told her, “Go back to your mistress and submit to her.” The angel added, “I will increase your descendants so much that they will be too numerous to count.” The angel of the Lord also said to her: “You are now pregnant and you will give birth to a son. You shall name him Ishmael,for the Lord has heard of your misery…” She gave this name to the Lord who spoke to her: “You are the God who sees me,” for she said, “I have now seenthe One who sees me.”

If the Angel of the Lord is merely one of the heavenly court, why are we told that Hagar gave the name “You are the God who sees me” to “the Lord who spoke to her”? And why would she say, “I have now seen the One who sees me”? Hagar clearly perceived in the Angel the Lord God Himself.

Jacob’s reaction to the Angel of the Lord is similar:

“So Jacob went on his way, and the angels of God met him…And he arose that night and took his two wives, his two female servants, and his eleven sons, and crossed over the ford of Jabbok. He took them, sent them over the brook, and sent over what he had. Then Jacob was left alone; and a Man wrestled with him until the breaking of day. Now when He saw that He did not prevail against him, He touched the socket of his hip; and the socket of Jacob’s hip was out of joint as he wrestled with Him. And He said, “Let Me go, for the day breaks.” But he said, “I will not let You go unless You bless me!” So He said to him, “What is your name?” He said, “Jacob.” And He said, “Your name shall no longer be called Jacob, but Israel; for you have struggled with God and with men, and have prevailed.” Then Jacob asked, saying, “Tell me Your name, I pray.”  And He said, “Why is it that you ask about My name?” [compare Exodus 3:14 and Judges 13:18] And He blessed him there. So Jacob called the name of the place Penuel:“For I have seen God face to face, and my life is preserved.”

Note the Angel’s reaction when Jacob asks for His name: “Why is it that you ask about My name?” This reluctance to disclose His name is reminiscent of God’s response to Moses on Mount Sinai: “I am the living one”. “You shall say… “The Living One has sent me to you” (Exodus 3:14 [LXX]). The Angel responds in the same way in Judges 13:18: “Why do you ask about my name? It is beyond understanding”.

Furthermore, Jacob called the place Penuel, which means ‘the face of God’, because he believed that in this Angel He had seen God face to face, and was amazed that he had lived to tell the tale.

Manoah and his wife and the Angel (Judges 13):

“The angel of the Lord appeared to her and said, “You are barren and childless, but you are going to become pregnant and give birth to a son. Now see to it that you drink no wine or other fermented drink and that you do not eat anything unclean. You will become pregnant and have a son whose head is never to be touched by a razor because the boy is to be a Nazirite, dedicated to God from the womb. He will take the lead in delivering Israel from the hands of the Philistines.” Then the woman went to her husband and told him, “A man of God came to me. He looked like an angel of God, very awesome. I didn’t ask him where he came from, and he didn’t tell me his name. But he said to me, ‘You will become pregnant and have a son…’

Then Manoah prayed to the Lord: “Pardon your servant, Lord. I beg you to let the man of God you sent to us come again to teach us how to bring up the boy who is to be born.” God heard Manoah, and the angel of God came again to the woman while she was out in the field; but her husband Manoah was not with her. The woman hurried to tell her husband, “He’s here! The man who appeared to me the other day!” Manoah got up and followed his wife. When he came to the man, he said, “Are you the man who talked to my wife?” “I am,” he said. So Manoah asked him, “When your words are fulfilled, what is to be the rule that governs the boy’s life and work?”