Manoah at first believed that the Angel of the Lord was just a man, perhaps an angel or a prophet of God, but after the Angel ascends into the flame, he and his wife fall to the ground in fear and awe, and Manoah exclaims, “We have seen God!”, and like Jacob, associates seeing God with death. This is reminiscent of God’s words to Moses in Exodus. “You cannot see my face, for no one can see me and live… you will see my back; but my face must not be seen.” (33:20, 23). The accounts of the Angel’s appearance to Moses on Sinai suggest that the difference between Moses’ encounter with God and that of others who see the Angel of the Lord is that on Sinai Moses sees the Word of God “uncloaked” as it were, and so does not permit Moses to see His face in order to preserve his life. God appeared in different forms, as a man or as an angel, in order that those who see Him would not die or be blinded by the sight of His glory. 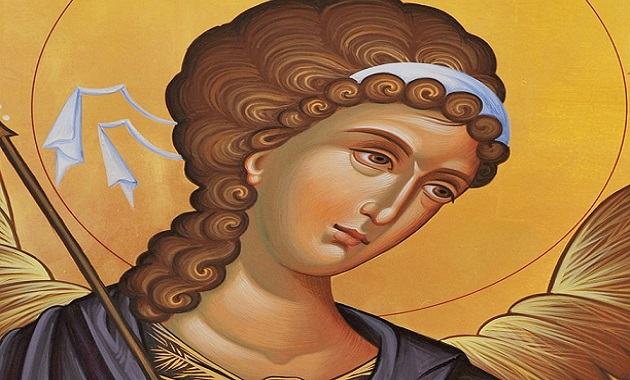 The account of the appearance of the Angel to Gideon is almost identical to that of Manoah and his wife:

The Angel and Gideon (Judges 6):

“The angel of the Lord came and sat down under the oak in Ophrah that belonged to Joash the Abiezrite, where his son Gideon was threshing wheat in a winepress to keep it from the Midianites. When the angel of the Lord appeared to Gideon, he said, “The Lord is with you, mighty warrior.” “Pardon me, my lord,” Gideon replied, “but if the Lord is with us, why has all this happened to us? Where are all his wonders that our ancestors told us about when they said, ‘Did not the Lord bring us up out of Egypt?’ But now the Lord has abandoned us and given us into the hand of Midian.”

The Lord turned to him and said, “Go in the strength you have and save Israel out of Midian’s hand. Am I not sending you?” “Pardon me, my lord,” Gideon replied, “but how can I save Israel? My clan is the weakest in Manasseh, and I am the least in my family.” The Lord answered, “I will be with you, and you will strike down all the Midianites, leaving none alive.” Gideon replied, “If now I have found favour in your eyes, give me a sign that it is really you talking to me. Please do not go away until I come back and bring my offering and set it before you.”

In Judges 2:1-3 the same Angel of the Lord declares Himself to be the same God who brought the people of Israel out of Egypt:

“The angel of the Lord went up from Gilgal to Bokim and said, ‘I brought you up out of Egypt and led you into the land I swore to give to your ancestors. I said, ‘I will never break my covenant with you, and you shall not make a covenant with the people of this land, but you shall break down their altars.’ Yet you have disobeyed me. Why have you done this? And I have also said, ‘I will not drive them out before you; they will become traps for you, and their gods will become snares to you’.”