This certainty of the vision of God was a constant in the tradition of the Church; all the spiritual struggles of the great ascetics and saints were directed towards making them able, from now, to see the light of divine glory, as the righteous will do in the last times. There was always an awareness that the light of the Transfiguration and that which shines upon the saints is the same as that which will dawn upon the righteous at the last judgement. And so  the spiritual life is not a suspended expectation, with no guarantees, of purely future and promised benefits, but the enjoyment of these good things in the here and now. 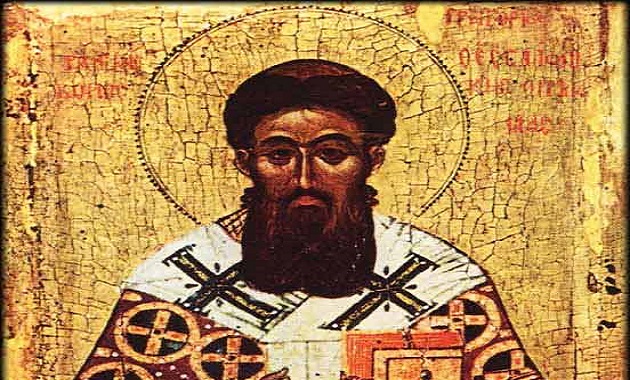 This explains the strength and endurance of the saints and ascetics in the face of their mighty struggles, and their determined stance towards the blandishments and charms of the world. It is not easy for anyone to defeat the world merely in the hope of some future enjoyment or the fear of punishment. It is easier to win when you have tasted the sweetness and attraction of the Holy Spirit; then that world is incomparably more fair than that of the present. This is why the Apostles, fearful, in denial and cowardly in difficult times, suddenly changed after Pentecost and became bold preachers before emperors and tyrants. This is why Paul changed from a persecutor into a fervent Apostle; the martyrs went to their deaths with joy; and monastics easily reject the joys of this world. Orthodoxy is the festival of the Holy Spirit, of the shedding of the divine light; everything exists and moves within the realm of the Comforter: “Everything is granted by the Holy Spirit”, as the inspired hymn of the Church says at the feast of Pentecost.

,            The Western Church, on the other hand, has let the spiritual life wither and, instead of the freedom of the Holy Spirit, has constructed a system of commands and demands, the fruit of which will be enjoyed in the future. There is no certainty or conviction of any real communion with the Divinity, such as would strengthen and give wings to their attitude during spiritual struggles. Communication between people and God is not achieved through the presence, energy and action of the Holy Spirit, but with human, created means, with the mind, reason and knowledge.

Even Augustine’s teaching on inner illumination has been rejected and the entry of Aristotelianism into theology marked the end of the metaphysics of illumination, as one of the best dogmatic theologians of the Church of Rome Cardinal Ratzinger [later Pope Benedict XVI] observes. People can enjoy nothing of God in the here and now. Only in the future, in the last times, will they see the divine essence. The theological ground for any mystical experience is not the grace of the Holy Spirit, but a faith of an intellectual nature.

So it was because of this difference between Western and Eastern spirituality that Varlaam misunderstood the claim made by the monastics that those who had been cleansed received mystical and intimate enlightenment and illumination and hence he accused them, too, of teaching that the very essence of God was shareable, as did the ancient Massalians. For the humanist Varlaam, the most perfect way towards enlightenment and illumination was secular knowledge and education, especially that of the ancient Greek Sophists: no-one can become perfect and holy without this education, which banishes evil from the soul and leads us to the knowledge of God. Gregory Palamas replied to these views of Varlaam’s at great length. He demolished the Humanism based on ancient wisdom, which continues to be supported to this day by those who enlist into their arguments the legendary and much-misunderstood attitude of the Three Hierarchs towards the ancients.

Gregory replied to Varlaam’s accusation of Massalianism by observing that no-one had ever claimed that that which was seen and shared was actually the essence of God. This essence really is transcendent,  inaccessible and sublime. Scripture refers to the absolutely inconceivable and unshareable essence of God: “No-one has ever seen God”. God is not only inapproachable, however, but also approachable. He is not an essence which is inactive and closed in on itself, but He also has energies. These are the means, the channel, the bridge that links the uncreated, transcendent God with His creatures. This distinction between the essence and the energies in God was not something that Saint Gregory invented: it was already formulated as part of the preceding tradition and all he did was use it in a wonderful way, to lay the foundations for the possibility of “sharing in” God.

Thereafter, Varlaam accused Gregory of accepting two realities in the Godhead, essence and energies, and so of falling into the trap of dualism. Varlaam himself accepted divine energies¸ but considered them created. From this, the problem arose as to whether the divine energies of God or Divine Grace were created or uncreated. The question revolved around the light of the Transfiguration, which would resolve the question of whether Divine Grace was created or uncreated. In complete contradiction to the whole of Patristic tradition, Varlaam claimed that the light of the Transfiguration, as well as the light of personal illumination was created, accessible and of this world. It was even inferior to the light of knowledge.

The refutation of the views of Varlaam as regards the light of the Transfiguration was the fundamental issue in the teaching of Saint Gregory. Also among his basic themes was that of the prayer of the heart, which began from a misunderstanding on the part of Varlaam of the technique applied by monastics in order to assist the concentration, intensification and return of the intellect in the heart. The inclusion of the body, too, in the divine transfiguration, the transformation of the elements of the body as well as the translation and alteration of the changeable part of the soul towards a greater energy, rather than to mortification, as Varlaam taught, were the bases on which a host of other themes were founded.

The key to theology is held by those whose eyes are truly opened by the Holy Spirit, those who, with the Holy Spirit as their eyes and their sensitivity, attempt to embrace the divine, which is accessible only through the Holy Spirit, and not through human thinking or any other kind of activity or intention of the human brain. Of course, not everyone reaches this point, nor do all people see God, but they can still believe, with certainty, that “they are following not reasoning but those who are well-versed in the matters of God”, when they believe in the initiates, those who have seen and felt the things divine.