What strikes us most at Christmas is how our Creator eliminated the distance between himself and us, His creatures. He not only takes upon Himself our nature in order to save us, or speaks to us in order for us to know him and believe in Him, or gives us His body and His blood in order to unite with Him, but also achieves something better. He gives us use of the word, an experience that exclusively characterizes rational beings, enabling us, in turn, also to eliminate the distance to Him through its use. The Word becomes incarnate in our lives, and we become speakers of the Word, its bearers and apostles. Thus, an unprecedented horizon opens before us: his Word becomes ours, and our word becomes His. 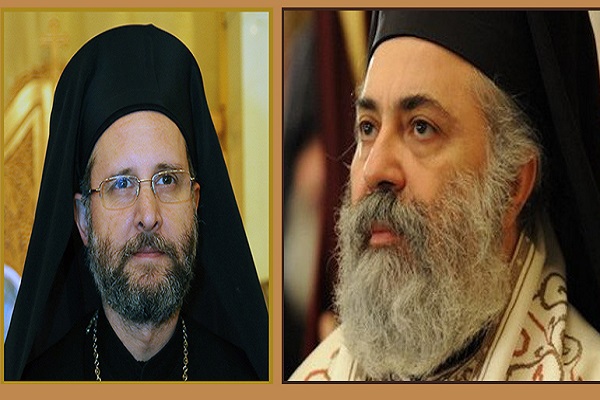 Indeed, when a baby learns to speak, he begins the process of differentiating himself from his mother. Talking to her with his own words makes him realize that she is a separate and unique person, not an extension of his own existence. He departs from “consuming” her, as he might experience through breast feeding, for example, and cements his own personhood and uniqueness, while acknowledging the uniqueness of the other. The power of the word identifies and separates them while giving them a mutual understanding that unites them. Progressing in such an experience on a spiritual level, his mind is opened to addressing God in prayer. He learns His language by reading his Word, so that his will, his conscience, and his spirit become impregnated with the Word. He then becomes that “new man” (Eph 4:24) about which the Apostle Paul spoke. He becomes a “bearer” of the Word (Gal 6:17), a “doer” of It (James 1:22), “moving” in His light and by its inspiration (Acts 17:28), “counted faithful” by Him (1 Tim 1:12), and finally becomes by his word of prayer an intercessor before the Word in behalf of all.

In sharing with you this meaning of the Nativity, I would like to reflect briefly on what His Eminence, Metropolitan Paul of Aleppo, kidnapped since April 22, 2013, conveyed to us through his book, “Fire in the Bush,” and revealed in its title, in a direct allusion to the “burning Bush” (Ex 3:2). In it, he leads us into the mystery of the incarnation of the Word in his life as well as ours.

Even while he continues carrying out his singular ecclesiastical mission, his word still reaches us, as through a veil – the veil of the word grafted in the Word. In his tireless and continuing service to the Word, he invites us to become partakers of this experience together: “The word is near you, it is in your mouth and in your heart” (Rm 10:8; Dt 30:14).

As I greet you in the Word Who Became Flesh, I ask you to lift up a word of prayer for me and for those who, with me, are giving themselves to “prayer and to the ministry of the word,” as well as “to serve tables,” (Acts 6:2-4) so that our “burning bush” can be reignited in order to worthily serve the mystery of the “gestation” of Word in the heart and mouth of our fellowman.

Metropolitan of Buenos Aires and all Argentina